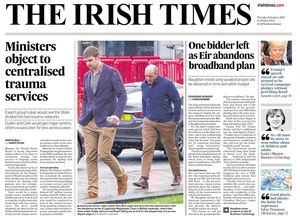 I am glad we put this picture on the @Irishtimes front page: Captain of the @IrishRugby team Rory Best and Ian Henderson attending that rape trial 👇🏻 pic.twitter.com/Lr0pXT0jrt

So the alleged victim in the Ulster rugby rape case goes on the stand yesterday, having already said she was terrified she’d have to face Ulster rugby if the case went to trial.

Who decides to turn up in court on the day she gives evidence? Their captain Rory Best and a teammate.

Can Paddy Kick It?

“This Is Not Soccer”

76 thoughts on “Shoulder To Shoulder”