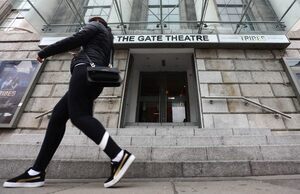 [workplace relations expert] Ms Gaye Cunningham received input from 56 individuals, including current and former employees and board members, and people in the freelance community.

The board said it apologised unreservedly to those who experienced the behaviours reported to Ms Cunningham….

The review catalogues what Ms Cuningham reports as “credible and consistent testimonies” of behaviours that indicate Mr Michael Colgan has a “case to answer” in respect of dignity at work issues, abuse of power and inappropriate behaviours.

Many of the participants reported feeling they had “nowhere to go” and that feeling appeared to prevent them from invoking grievance procedures.

5 thoughts on “They Had ‘Nowhere To Go’”