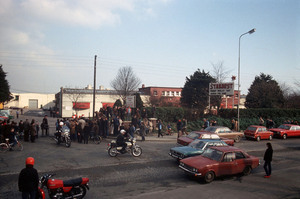 A vigil will be held  at the site of the Stardust nightclub, Artane, Dublin  5.

Today is the 37th Anniversary of the Stardust Disaster.

Forty eight people died in a fire at the club on Valentine’s night, 1981

Those who attended the Stardust that night have been branded as responsible for what happened while those responsible have been protected by those in political circles ever since.

Have they been forgotten?

Please give the victims and families 1 hour to show that the local communities have not forgotten these young people needlessly killed & injured. 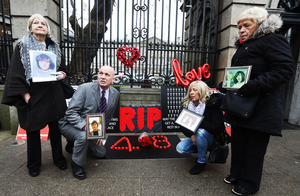 Above from left: Gertrude Barrett who lost her son Michael (17), Eugene Kelly who lost his brother Robert Kelly, Antoinette Keegan, with her mother Christine at . Antoinette survived the fire, but lost both of her sisters, Martina (16) and Mary (19).

12 thoughts on “Free This Evening?”