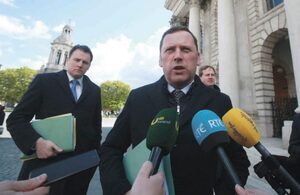 A series of meetings in towns across the country have been organised to discuss the issues facing homeowners, renters, people on the housing list and those without a home. These local discussions will be incorporated into the party’s housing policy.

The meetings will focus on:

Commenting on the Housing Roadshow Deputy Cowen said, “Housing is the key issue facing this Government. Homelessness has reached unprecedented levels, rents are at historic heights, home building numbers are tens of thousands behind where they need to be and some 85,000 people are on the social housing waiting list. All the while, ordinary workers cannot afford a place to own. This series of meetings in towns across the country is designed to raise awareness and get a sense on the ground about where the failings are, and more importantly, what can be done to address them.

“The Government has to start delivering on housing. After four separate plans and over a dozen launches it needs to put bricks and mortar in the ground. However, its flagship Re-Building Ireland plan is behind target already. Supply is the key issue that needs to be addressed to get to grips with the crisis in the private, social and rental sector. Re-Building Ireland has been in place for two years and the crisis is only getting worse.

“I am looking forward to debating the issues and adding to the renewed, focused housing policy which the party will launch after this process is complete.”

The Man Who Fell To Bert