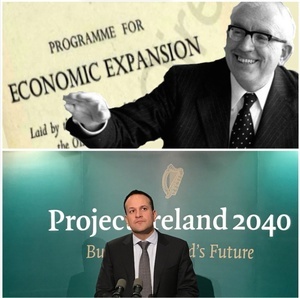 I wonder how T.K. Whitaker would have looked at the publication of the Ireland 2040 document. I suspect as the instigator of the first economic plans to have been given effect in this country, he would have done so wryly.

In the late 1950s, early 1960s, there would have been no requirement for spin. Then Taoiseach, Seán Lemass, saw RTÉ (Radio the single, only broadcasting organ, until the arrival of RTÉ Television in 1962) as a government broadcasting service.

It is in the spin that the first and second economic plans should be contrasted with the largely unsuccessful plans that have followed.

Spin is that which marks the latest incarnation as being one of the more dubious attempts at national planning in recent times.

Whitaker’s plans were similarly vague on details to that shown in Ireland 2040, but could not be faulted as being so lacking in vision.

The first and second economic plans sought to have Ireland face forward into a wider World in ways that were not only to change Ireland’s economy, but also its society.

What and where is the vision in the Ireland 2040 document? If it exists at all, it can be defined in a fairly naked desire of Fine Gael to be in government for much of that ongoing timeframe.

Where the Whitaker plans were a bold attempt to bring the country into line with the global 20th century economy, the same can’t be said of Ireland 2040, which in no way can be seen to be a sincere attempt to reposition the Irish economy, to the rapidly changing circumstances of today.

Paradoxically just as Whitaker’s plans were attempts to take Ireland away from De Valera’s 19th century green idyll, Leo’s wants to Go Green 21st century style, or at least give the appearance of doing so.

The spin for Ireland 2040 suggests that 20% of the capital envelope will be spent on measures to counter act climate change. This is hugely dishonest spin.

Disregarding the fact that Ireland’s carbon emission figures have gone off the charts during the last seven years of Fine Gael led government, the contradictory capital commitments in this plan show a government that doesn’t understand the fundamentals of the problem, much less suggest appropriate remedies.

The additional public transport measures, on the surface, should be welcomed, even if they are sorely lacking in ambition. A government actually committed to dealing with the effects of climate change would by 2040 have the bias in transport spending turned away from roads towards public transport and cycling.

That is if what is included in this plan are actually commitments. It is being suggested that Cork may get a light rail system. Or is it? The plan says that a feasibility study will be carried out to see the competing benefits of a guided bus or a light rail system. This is something that was done ten years ago when The Greens were in government.

I should welcome a commitment towards long term planning. The cynic in me, however, sees this less as a development plan and more as an election manifesto. One that has something for everyone in the audience. 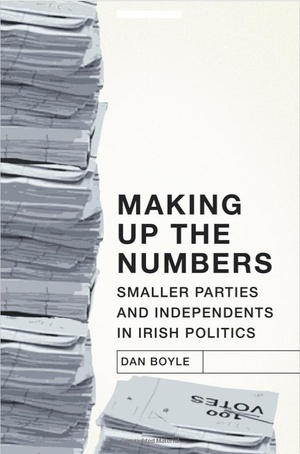 43 thoughts on “The Plan’s The Thing”