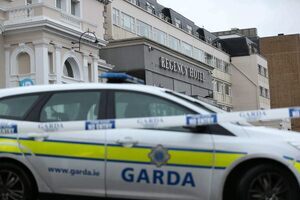 The public should not be kept in the dark any longer about the reason why the lead detective in the Regency murder trial took his own life. Det Supt Colm Fox killed himself in Ballymun Station on Feb 10, just days after the court ordered the disclosure of garda emails 1/3

The contents of these garda emails have brought this critical gangland trial to the brink of collapse. The public have a right to know what the emails contain and whether they reveal wrongdoing on the part of any officer 2/3

Supt Fox left a note believed to contain information relevant to the trial. The court has a duty to reveal its contents. Failure to do so will undermine public confidence in the gardai and justice system. The media’s silence on this matter is deafening but not surprising. 3/3

When the judges returned, Mr Gillane [Sean Gillane SC, prosecuting] said that as he had indicated previously, a separate investigation was taking place “into the circumstances of Supt Fox’s passing and it was felt, having considered the matter very very carefully, that it would be safer to allow the investigation to be completed, from everyone’s perspective, before the trial would proceed.”

“In these circumstances I think it’s safer, subject to the court, to adjourn the trial, as a trial, for mention, to a date toward the end of term,” he said.

This seemed to be the “safest path forward to make sure no-one is taken by surprise,” he said.

‘They Seemed Very Calm And Collected’