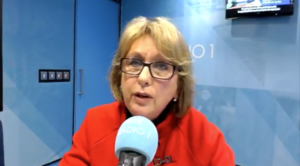 Mary McAleese tells @TodaySOR her own younger brother was abused by Fr Malachy Finnegan in St Colman’s College in Newry, for “all the years he was there”. McAleese says “my own mother had to discover this just three weeks ago, by reading it in the Belfast Telegraph” pic.twitter.com/RAcpxwDUU1 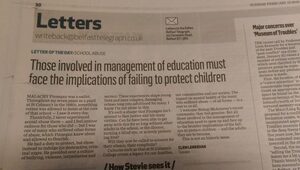 Following an interview on RTE’s Today with Sean O’Rourke…

The paedophile cleric has been accused of a catalogue of sexual and physical abuse against boys on church premises and at the school. He was never questioned by police or prosecuted and he died in 2002.

Speaking on RTÉ radio Mrs McAleese said her “baby brother”, who will celebrate his 50th birthday next year, had been abused by the priest for the entire time he attended the school.

“My baby brother, the youngest of nine children, was seriously, physically, sadistically abused by Malachy Finegan.

The former president said four of her five brothers went to the school “and my wonderful, beautiful, and as you can image the youngest of a family, so incredibly loved by all of us, to think that he suffered and never felt that he could tell anyone”.

“My mother, almost 90 years of age, had to discover that from the Belfast Telegraph three weeks ago.”

In the clip above, Mrs McAleese told RTE:

“The very first complaints about Malachy Finnegan go back to the 1970s, not the 1990s at all, but go back to the 1970s which means there was a body of information that was well known to people who were in a position to do something about it but didn’t.”

Maguire’s Patter Is On