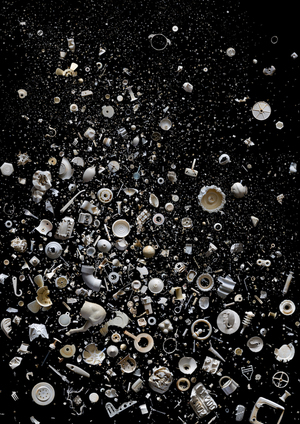 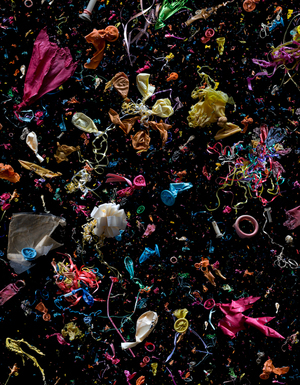 Ingredients; marine debris balloons collected from around the world. 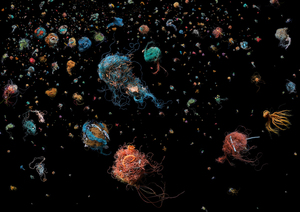 Ingredients; disgarded fishing line that has formed nest-like balls due to tidal and oceanic movement. Additives; other debris collected in its path. 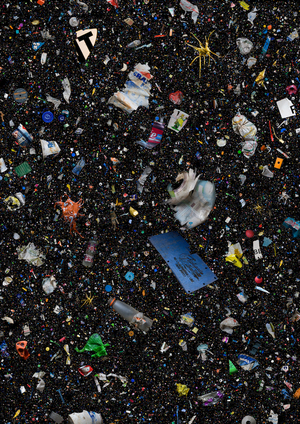 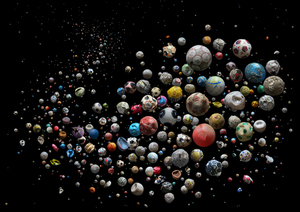 633 marine plastic debris footballs (and pieces of) recovered from 23 countries and islands within Europe, from 104 different beaches, and by 62 members of the public, in just 4 months. 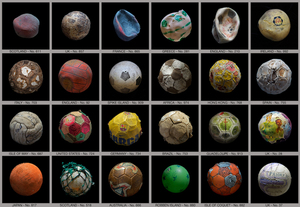 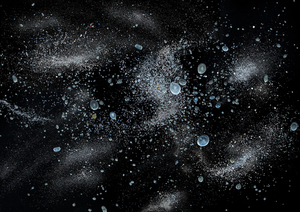 150 tonnes of pre-production plastic pellets (nurdles) spilt from a cargo container during Typhoon Vincente on 23rd July 2012 adds to Hong Kong’s waste issues in its seas and on its beaches. 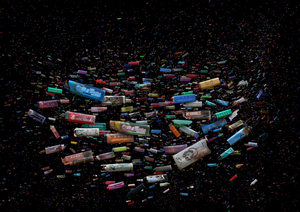 Discarded cigarette lighters make reference to our single-use throw away society. The panda, a national embel of China represents endangered species and faces away from the group symbolising mother nature turning its back on man’s inability to take ownership of its waste.

Composites (with ingredients listed) by Leeds-based photographer Mandy Barker, who collaborates with marine scientists, collecting plastic debris from oceans around the world to document the worsening pandemic in her dreamily sinister Photoshopped swirls.

The recipient of a National Geographic Society Grant, Barker’s work will be on display at Photo London Art Fair 2018 next month.