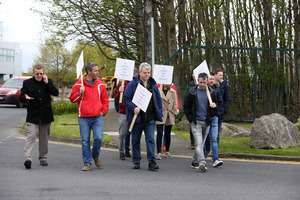 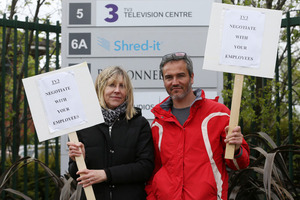 TV3 Studio Operations Staff hold a protest outside the TV station calling for recognition of their right to collectively bargain with their employer.

“”This right [collective bargaining] is accepted in other businesses which are part of Virgin Media Ireland, which is the owner of TV3.”

TV3 said it has “no plans” to recognise unions.

4 thoughts on “Behind The Camera”