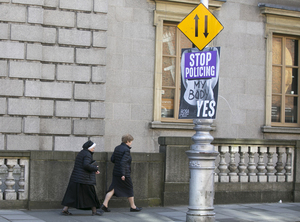 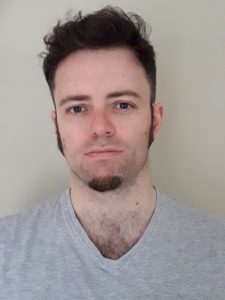 We should hold views on the basis that they are true. Our views, accordingly, should be arrived at by thinking, and not by political instinct, or by emotion, or by adopting the prevailing opinion among our social group in order to make interaction and advancement easier.

The forthcoming referendum hinges on the question of whether there is a right to abortion. In popular, political discourse the right to abortion is usually defended by appeal to bodily integrity, or autonomy, or equality, or some combination of these.

Likewise, autonomy is important, but its exercise shouldn’t be used to harm others. And similarly as regards equality: the right to equal treatment doesn’t support acts that harm others who are fundamentally equal in basic moral worth to ourselves.

So in order to support a right to abortion it must also be shown that the unborn are not like us in moral worth. If they are fundamentally equal to us in basic moral worth they, too, have human dignity and a right to life, meaning that abortion cannot be a right.

Ultimately, then, the forthcoming referendum hinges on the question of whether or not it is true that the unborn are fundamentally equal to us in moral worth.

This aligns with the legal question at hand. The referendum proposal is this: to completely delete – not just limit or qualify – the right to life of the unborn from the Constitution (and thus to comprehensively deny that they are fundamentally equal to us). It is this sort of constitutional amendment that is required to permit the legislative proposal put forward by Minister Simon Harris.

So, is it true that the unborn are fundamentally unequal to us in basic moral worth?

Answering this requires thought, not slogans. In order to demonstrate that the unborn aren’t owed basic moral respect a particular standard for basic moral worth must be cited which the unborn fail to satisfy (and which we do satisfy!).

[Because the unborn is a very young human being it’s entirely appropriate to describe him/her as an unborn “child”. “Foetus” is the Latin term for “young” or “offspring”, and so etymologically it means roughly the same thing as “child”. I use “child” from now on.)

Being located outside the womb is a poor standard too since location by itself hardly seems morally relevant for basic moral worth. It would also imply, absurdly, that a partially delivered child is “partially” our equal and that partial-birth abortions are “partially” wrong.

Furthermore, it would entail that a prematurely delivered child at 22 weeks has a substantially greater moral status than a much more developed child still in the womb at 39 weeks, just because the latter child happens to be located inside the womb.

Nor is being fully independent a convincing standard because we are all dependent on others to some extent (especially when young, sick, economically impoverished, and elderly).

None of these standards are plausible. Instead, the standard that pro-choice moral philosophers have settled on to exclude the unborn child from fundamental equality is the (immediate) ability to experience self-consciousness or to exercise rationality.

This standard excludes unborn children: they seem to lack the (immediate) capacity for self-consciousness or rationality.

However, it has been realised that this standard also excludes other human beings from fundamental equality: newborn children and young infants, those in a so-called “persistent vegetative state”, adults with profound intellectual disability, and those with severe, late stage dementia.

Among the world’s leading pro-choice philosophers who have come to this general conclusion are Jeff McMahan (Oxford University), Michael Tooley (University of Colorado), Peter Singer (Princeton University) and John Harris (University of Manchester). They conclude that since abortion is permissible then so too, in principle, is infanticide and other killings society regards as seriously wrong.

The standard they use to exclude unborn children also implies that the more self-conscious or rational one is the more moral worth one has. Ultimately, since levels of self-consciousness and rationality differ even among “normal” humans, this means that no one is fundamentally equal. In other words, fundamental equality is a fiction on the most plausible premise used to justify a right to abortion.

The only credible way to justify the idea of fundamental equality is to appeal to our common human nature: it is the only reality we share equally in common.

Logically, this means that unborn children are fundamentally equal in moral worth to human beings who have passed the fetal stage of their development. Most of the time most of us recognise this truth.

We generally speak of the “baby” in the womb. If pioneering in utero surgery is being reported reference is made to the “children” it will benefit. We know that miscarriages are a tragedy not just for the parents but for the little person whose life had only just begun. If a third party attacks a baby in the womb we seek justice, not just on behalf of the mother but also on behalf of the defenceless child who was injure

Contemporary intuitions shift somewhat when it comes to the issue of abortion, however. But these intuitions run counter to the truth of fundamental human equality which both liberalism and socialism began by defending. And so these intuitions should be revised.

Easier said than done, of course. But why? I think there are a number of explanations for why so many of us are so reluctant to recognise abortion as a serious wrong against unborn members of the human family (non-exhaustive list below).

Some of these explanations are more understandable than others, but none of them gets close to acting as a premise which could begin to deny that unborn children are fundamentally equal in basic moral worth to other human beings and thus deserve basic respect.

We can relate much easier to people who are at roughly the same developmental stage as us, and so when it comes to unwanted pregnancies we are naturally drawn towards the interests of the pregnant mother over those of her baby

Unborn persons are almost totally invisible to us in everyday life (which is why images of unborn children can inspire or shock, depending on the context)

We tend to associate opposition to abortion with people, political movements, and religious groups we don’t like (some of us subconsciously transfer our attitudes to them onto unborn children, which is why provocatively mocking or dehumanising unborn children is not uncommon)

We tend to think that opposing abortion logically entails condemning women who have had abortions (a clear non-sequitur, even leaving aside how men’s and wider society’s failures are massively, massively responsible for the phenomenon of abortion)

We comfortably and passively assume that abortion is an inevitable element of society, just like prostitution and excessive chemical use (and poverty and homelessness?)

None of the above begins to deny that the unborn child is a vulnerable “other” who is marginalised and dehumanised by unjust social, economic, and political structures, similar to how women, black people, and others have and continue to be marginalised.

If this is so then it has implications for how we vote in the referendum. The referendum simply asks us to vote to delete the unborn child’s right to life, entirely, without qualification, and for all stages of pregnancy.

The referendum proposal is based on the following claim: that unborn children are emphatically not our fundamental equals in moral worth, that, in reality, they have no significant moral worth.

Leaving aside political instinct, emotion, and the consensus view among your social group, ask yourself: is this claim true? Can it be judged true without judging vulnerable humans besides the unborn as lacking in moral worth?

One final remark. We can’t be relativists about these questions. In other words, we can’t think that contradictory answers are equally valid. Relativism as an intellectual position is blatantly incoherent.

Furthermore, in order to be a consistent relativist one would need to be relativist about everyone’s moral worth, not just the moral worth of unborn children.

Dr Thomas Finegan is lecturer in Theology at the Department of Theology and Religious Studies, Mary Immaculate College in Thurles, County Tipperary.

“If You Mark ‘Yes’, That Pencil Becomes A Knife”

247 thoughts on “First Among Equals”