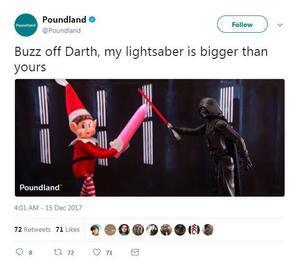 Via The Advertising Standards Authority of Ireland (ASAI)

a) The first image featured the toy elf holding a tea bag between its legs over the face of a female doll lying on the ground.

b) The second image featured the toy elf holding a spherical shaped object and a Darth Vader toy holding a lightsabre.

The complainant said he considered the imagery used to be sexualising childrens’ toys which he found degrading in content.

“The advertisers said they considered their customers in Ireland liked to laugh and that is why they prided themselves on bringing creativity to their low cost advertising campaigns.

…They said that their campaign was always intended for adult consumption, the nature of a double entendre being that it would not be understood by children. In relation to the campaign sexualising a children’s toy, they strongly challenged this as “Elf Behaving Badly” was, they said, not marketed as such…”

The Committee noted that the toy depicted in the advertising was similar to the “Elf on the Shelf”, a children’s toy based on a book of the same name. The Committee considered the two posts complained of. They considered that both posts, one featuring the Elf holding a teabag over another doll’s face and the other the Elf holding an object resembling an adult toy were obvious references to sexual acts.

Whilst noting the advertisers’ comments that the platforms involved required users to be aged 13 and over, the Committee did not consider that to sexualise children’s toys was compliant with Section 3.3 of the Code and they upheld the complaint.”

Action Required: “The advertising should not run in the same format again.”

Elf On The Shelf (ASAI) 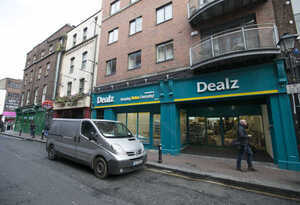