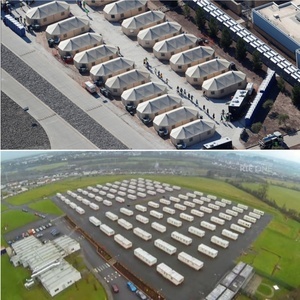 The play describes the core principle of what today we understand as neoliberalism as it is practised by the Trump administration and others. In Mamet’s play the representation of the core value of the ideology is simple and brutal and runs like a mantra through the play. It is simply, Fuck You.

Once you see neoliberalism reduced to these two words you begin to see that aspect of the ideology everywhere.

At home it was there when the present taoiseach as minster for social welfare launched the welfare cheats campaign. It was also there when as taoiseach he promised more support for the arts, set up an organisation ostensibly to promote the arts, but then climbed aboard the new vehicle himself, revealing it as a personal PR platform.

In neo-liberalism, the arts are considered worthless, unless they’ve already made fortunes. The worth of all actions is measured on assessment of immediate, short-term financial return. First place wins a car, last place is fired.

This short-term, fast buck, fuck-youness of the system results in what president Michael D. Higgins described last week as “neo-utilitarian mediocrity”, a condition that he has identified as being widespread in the universities, where the neo-liberal ideology of competition and financial bottom-lines is polluting the Humanities at source.

In a market economy dependent on perpetual growth, where actual jobs are in decline due to automation and environmental limitations to growth, people become the products that are bought and sold. That is where neo-liberalism leads and is leading: towards the mass processing of vulnerable people.

In September 2017 Mark Donatelli, a New Mexico attorney and an opponent of private prison services said to reporter Roz Brown of the Public News Service in Albuquerque:

“…Under the Obama administration, the Justice Department had begun a phase-out of contracts with private-prison companies. When that decision was reversed by President Trump, their stock prices soared…”

There is big money to be made in imprisoning vulnerable people. Jeff Sessions, the US attorney general is said to hold extensive shares in CoreCivic which provides private prison services all across the US.

Donatelli in the same interview went on to speculate that “…the aggressive tactics now being employed by ICE – the Immigration and Customs Enforcement agency – likely means private prisons will be utilized…” [to detain immigrants.]

Tellingly, however, while private prison services account for only 12% of all inmates in the US, the percentage share for privately-run immigration and family detention centres is 62%, according to a story by David Dayen in The Nation. This throws a whole new light on the arrests of the Mexican immigrant families.

The same publication, The Nation, ran an article in 2016, shortly after Trump won the election, speculating on how Trump would deport immigrants by branding them as criminal. This being the easiest way to “cater” for them with the systems already in existence. This is exactly what has happened.

The criminalizsng of people for profit in a system of democratic and human-rights restrictions depends primarily on selling the idea to the majority of the electorate, persuading them that certain “criminal” types need rehabilitation.

It’s not about solving the underlying problem. It’s about duping the majority into blaming a minority by identifying a scapegoat group as a focus for “improvement”. The inevitable punitive measures that follow can only happen with the co-operation of the majority of the electorate.

I wrote an article a couple of years ago called “The Investment Potential of Criminalising the Poor” that showed how one of the companies who won the Irish contracts to deliver JobPath was bought out by a major investment corporation attracted by the profit potential of the Irish contracts. I subsequently  discovered that US private prisons have the right to sue local government should a certain quota of fresh prisoners not be met.

While researching that article I came across a story about a questionnaire issued by Turas Nua to jobseekers containing a question that asked, When do you next expect to commit a criminal offence?

The incident was not widely reported. It was reported in The Sun but ignored elsewhere. It was mentioned in the Dáil, but the general response appeared to be that it was some kind of clerical error. The odd question was withdrawn, apologies were made, someone said “regrettable mistake” and so on.

But in light of Trump’s deliberate criminalisation of the Mexican immigrants, that “clerical error” seems now more like a move to habituate people to the idea of unemployment as criminality. And that by two companies whose chief business interest is in private prison services from the UK to Saudi Arabia.

This monetising of vulnerable people is what connects the thinking behind private prison systems in the US and elsewhere, and, more generally, the out-sourcing of social welfare services to private companies, as is happening here.

In real terms, public monies that have seen set aside for social welfare purposes are essentially hi-jacked by these private companies for minimal return. This transference of well-intentioned social funds to private investors is facilitated by governments who simply want to write off the responsibility of providing social welfare, content to throw the most vulnerable on the mercy of the markets.

The lowest bidders almost always win the contracts, to offset costs at the outset. The entire “service” then becomes a cost-cutting exercise by the private contractor, to test how far they can strip the service without actually doing too much harm.

Inevitably however, people are harmed and some people die as a result of the inherent neglect of a system designed for minimal service and maximum profit.

There is a difference only in degree between the imprisoned children of Mexico, their parents deliberate captives to a private prison service in which the US attorney general holds shares, and, at the milder end of the spectrum, (for the onlookers, not for the families involved,) the homeless families of Ireland, held captive in hotels as sacrifices to the hopeful rejuvenation of the private housing market, an arrangement arrived at by neglect of any serious social housing programme by a government ruling party made up of 32% private landlords.

Both sets of imprisoned families are prisoners for the profit motives of more powerful agents. Add to this the migrant families imprisoned in direct provision in Ireland, farmed out to a private company whose interests are best served financially if direct provision remains a permanent arrangement.

All this makes the taoiseach’s recent gesture of accepting immigrants that the Italians don’t want seem like a calculated PR pre-election stunt to enhance the socially progressive image he has been cultivating on the back of the marriage equality and repeal the 8th amendments.