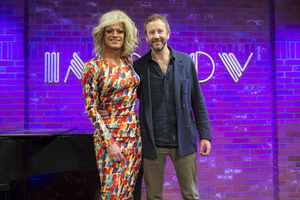 Ireland Week in Los Angeles 2017 was a sold-out week-long series of events held in October that focused on modern Ireland.

The anchor event of the week was the Connect353 conference which attracted  influential Irish and American speakers including Star Wars; The Last Jedi Director Rian Johnson and producer Ram Bergman, (pic 2), Donal Skehan, Fionnula Flanagan, Chris O’Dowd, (top with Miss Panti at her LA Improv show) and many others….