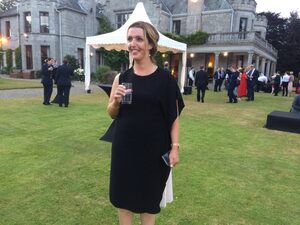 At the British ambassador’s residence Glencairn House in Leopardstown, Dublin where visiting Prince Harry and Meghan Markle were treated to a garden party, during which they met Vicky Phelan.

She was given an incorrect result smear test result in 2011 and subsequently diagnosed with cervical cancer in 2014.

Vicky Phelan met Prince Harry and Meghan this evening. Meghan told her she had been following her story and to keep going. #royalvisitireland

9 thoughts on “Keeping It Going”