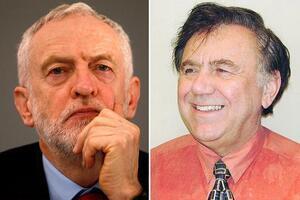 What I Told the Psychiatrist
for Pete Willsman

The cat pads downstairs and its claws
take their hate out on me because
he’s been up there re-reading his copy
of The Protocols of the Elders of Zion,
which, one of these days, I’ll find
if it kills me, which I expect it will.

Then the wife joins in with an unprovoked
“Are you really wearing that?”
against one of my more
avant-garde jumpers, and I realise
it’s a symptom of her
longstanding admiration for
the architecture of Albert Speer.

And there’s the shop assistant who
by her very body language accuses
me of being a veteran
of Yom Kippur and member
of Israel Military Intelligence,
each time she rings up my
Vichy bottled water.

And those who’ve previously
marched and written against
anti-Semitism but now give
tacit endorsement to the policies
of the General Government of Poland
(nineteen thirty nine to forty five)
by disagreeing with me
about the price of parsnips,
or deciding to support
Leicester City. Worst of all is when

Bank Holiday weekend traffic
gets suddenly constipated, and some
random driver takes his pain out on me
by mouthing horrible words
through his windscreen
because he knows I’m Jewish

even though no one in my family
ever previously was.

Composite via The Sun