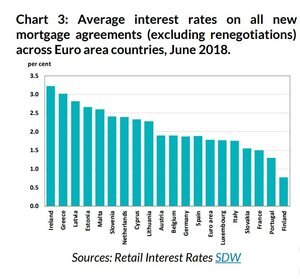 Not only did the Irish citizen pay more per head then any other euro citizen or country to fix the European Banking Crisis, we also have the luxury of paying the highest mortgage interest rates of any EURO country.

Is there anything that the Irish Government and bankers touch that doesn’t have a whiff of a scam to it?

Irish people are being ripped off and it will continue until Irish people learn to stand up for themselves against those in power. Time to drain the swamp in Dail Eireann.

The Story Of Sarah And Dominic