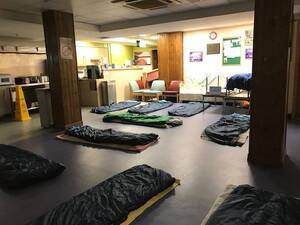 I was surprised to be asked but flattered to be so. This week I launched a report titled ‘The Last Resort‘ put together by Joe Finnerty, of the Department of Applied Social Science in University College Cork, commissioned on behalf of the Cork Simon Community.

The study sought to learn more from the experience of homeless people in ’emergency’ sheltered accommodation.

The findings, in general, are not so surprising. They indicate a worsening of an already unacceptable situation. It is the intensity and prominence of particular variables that give rise to the need for future thinking.

Immediately a statistic that jumps out is that more than half of those who have been surveyed, have spent six months or longer in an emergency shelter.

The second set of variables show how the failure to provide earlier, and supported, interventions are resulting in continuing high costs for the State, whilst perpetuating the poor life circumstances of those in need of care and support.

While the circumstances of each homeless person is unique, a high proportion of those homeless already have undergone a series of debilitating negative consequences.

One third of those interviewed for this study had been in care while children. Many had been early school leavers having been offered little or no vocational support. Those who had been in prison have found themselves marked for life.

These conditions co-exist in parallel with more likely negative factors like damaged mental heath, social isolation, and for some family break up.

Those factors that many of us would have traditionally associated with homelessness, economic deprivation or substance abuse are consequences not triggers.

The vast experience of The Simon Community has shown that none of these issues can be dealt with in isolation.

Strategically there can only be a holistic and integrative approach. It needs to be a person centred approach, based on a whole life experience in which those without can dip into a series of interconnected services as need arises.

Yes resources have improved. Yes more infrastructure has been provided. Yes expertise and professionalism have also been developed.

But the scale of the nature and incidence of homelessness has increased far beyond the additional resources being provided.

Despite the crosses being carried by those who are homeless, the overwhelming number of them can and should be living independently in the private rented sector.

Many have become homeless having had their lives undermined by socially irresponsible landlords.

The solutions seem obvious but also are as intangible as ever. More and better focused resources; defined legislative responsibilities; but most importantly a change of culture that see the homeless as something other than an afterthought.

The Last Resort won’t be the last report. Let’s hope that those that follow might tell a more positive story. 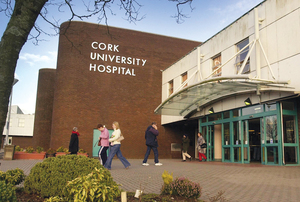