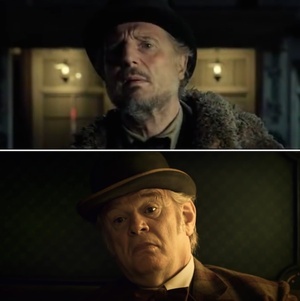 Netflix has been churning out original content almost faster than anyone can keep up with the past few years.

Dramas, sitcoms, stand-up specials and even chat shows come and go with hundreds of hours of new material appearing every month.

Netflix has mostly gone for quantity over quality so far; for every instant classic (e.g. the stunning Annihilation) there have been two absolute turkeys.

The next few months, however, are looking like a pretty special run in the film department for Netflix.

A combination of extremely deep pockets (far deeper than those of traditional studios wary of making a return) and the transient nature of the medium means that chief content officer Ted Sarandos is far more willing to spend money willy nilly, just throwing it all at the wall to see what sticks.

Probably much to the disapproval of the Cannes jury, the next few months will see a glut of releases from the highest-profile directors. It’s quite a lineup, so here goes… 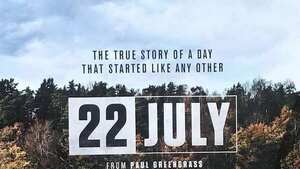 First up is a Paul Greengrass’ dramatisation of the Utoya Island terror attack in Norway, and its aftermath. His signature style is the star here – handheld cameras adding a documentary feel to thrilling, meticulously restaged true-life events – and that is the risk in this case.

By focusing on the perpetrator of that unthinkable crime, will it inadvertently glamorise his motives and ideology? Greengrass previously surprised everyone with United 93 (2006), his thrilling and well-handled drama about 9/11, so you might expect the same combination of tension, suspense, sensitivity and sensibility here.

The Other Side of the Wind (Orson Welles) – availible November 2

Yes, that Orson Welles. 42 years after filming ended, and 33 years since his death, Welles’ final feature film has been completed, following protracted legal battles over who owned the rights.

The film, which stars John Huston and Peter Bogdanovich, is a groovy mockumentary satirising “the passing of Classic Hollywood and the avant-garde filmmakers of the New Hollywood of the 1970s”.

The freewheeling style reminds me of Easy Rider (1969) more than anything else, for some reason. It certainly won’t be for everyone; but kudos to Netflix for getting it out there anyway.

Speaking of Orson Welles, it will be 80 years this Halloween since his radio adaptation of The War of The Worlds by H.G. Wells caused havoc among audiences who thought they were listening to an actual alien invasion.If you’ve never heard it, give it a listen here or on Spotify. Eight decades later it remains an absolute stunner.

Verdict: I’m going to enjoy this with a nice glass of Paul Masson 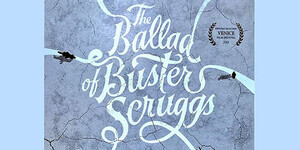 The Ballad of Buster Scruggs (The Coen Brothers) – available November 16

Another common trend this weather is the migration of filmmakers to the realm of TV series. The longer format allows much more rich and detailed storytelling, after all. Previously, the Coens supervised the sublime TV adaptation of Fargo, and this effort actually started life as a six-part miniseries before being re-tooled into a one-off by those two explorers of the American condition.

“We hoped to enlist the best directors working today,” they said upon announcing the pivot, “and it was our great fortune that they both agreed to participate.” Enough said.

There’s the double Irish there too, with Liam Neeson AND Brendan Gleeson among the enormous, enthusiastic cast.

Verdict: Coen Brothers should make all the films 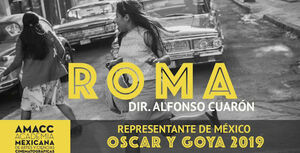 Despite Cuarón being responsible for some of the biggest Oscar-busters of recent years, his latest effort, the much more low-key but no less ambitious Roma – looks like it would absolutely struggle to find an audience in today’s fickle multiplexes. And that is a great shame, because this looks very special. There’s something poetic about the depictions of mundane daily life; epic, even.

Cuarón clearly is inspired by French New Wave cinema, in particular Truffaut’s The 400 Blows (1959), including its famous tracking shot and beach scene, both specifically recreated by Cuarón. Combine that with Cuaron’s own trademark long takes and elaborate staging, and you’re left wondering just what to expect from Roma.

Also watch out for the overt visual references to Cuarón’s Gravity and Children of Men as they’re mentioned on screen.

There’s no trailer or release date for The Irishman, but here’s the only promotion it’s probably going to need: Scorsese, De Niro, Pesci, Pacino.

Robert De Niro, who has not been in a good film in 20 years (Ronin in 1998 being the last confirmed sighting for me), plays Teamsters leader and alleged mafia hitman Frank Sheeran, who by all accounts spent much of his life cracking heads.

Joe Pesci is coming out of retirement for his old pal Marty, and Pacino (who plays Jimmy Hoffa) has been fairly in the wilderness himself in recent years. It’s the dream team, basically, but they’ve all got a lot riding on it.

Even with those marquee names, Paramount got nervous last year about the film’s budget and sold it mid-production to Netflix, which agreed to stump up the reported $140m budget. Let’s hope it’s money well spent.

Verdict: Hard to say, but expect lots of shouting and pistol-whipping.