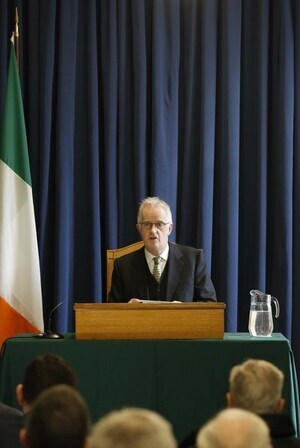 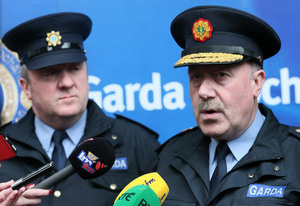 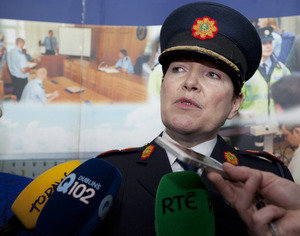 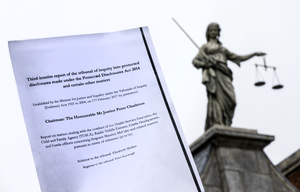 Further to the release of Justice Peter Charleton’s Disclosures Tribunal report, we asked the eminently caffeinated Legal Coffee Drinker: what’s it all about?

Broadsheet: “So what are its conclusions?”

LCD: “Justice Charleton is hugely positive about Maurice McCabe, whom he describes as

Maurice McCabe has done the State considerable service by bringing these matters to the attention of the wider public and he has done so not out of a desire to inflate his public profile, but out of a legitimate drive to ensure that the national police force serves the people through hard work and diligence.

He is an exemplar of that kind of attitude. Notwithstanding everything that happened to him, he remains an officer of exemplary character and has shown himself in giving evidence to the tribunal as being a person of admirable fortitude.’

The overall purpose of his report, he says, is to ascertain how such a man became the subject of a level of calumny and gossip which most people would find shocking.”

Broadsheet: “And what conclusion does he reach on this issue?”

LCD: “Justice Charleton says that the rumours about McCabe arose for a number of reasons:-

(i) A culture of Garda gossip

‘…by a natural process, following the investigation conducted in consequence of the allegation of Ms D, about which the tribunal makes no comment and can make no finding one way or another, it was inevitable that local gardaí should hear about the matter and that talk should begin. , talk against him began to grow.

He came to be seen by a substantial minority of his fellow officers as a pariah and someone who was heedlessly causing trouble.

Consequently, rumours grew out from the garda community and reached political and journalistic circles. closed and self-loyal organisations are ones in which an attitude can take hold and can be very hard to displace.’

(ii) An accidental mistake by an employee of the Cavan counseling organisation, Rian

Again, according to Charleton:

Yet, the transcription error turning the fully clothed alleged encounter, which the Director of Public Prosecutions had described as not disclosing an offence, became a rape allegation through a mistake…..

This must be one of the most unlikely coincidences ever to be accepted by any judicial tribunal. Yet, coincidence it was. All of the witnesses were honest. The computer analysis checks out absolutely correctly.

So do the paper files. When the mistake was discovered nearly a year later in 2014 when Maurice McCabe was even better known, the person who made it did all she could to rectify it.”

(iii) The perpetuation by the Cavan/Monaghan branch of TULSA of this mistake rather than rectifying it. (More here)

In addition to the failures of Tulsa, the Northern Region Gardai also played a role in perpetuating the erroneous Rian report.According to Charleton, this inaccurate report

Sergeant McCabe’s position was further worsened by the fact that RTÉ, in its broadcasts of the 9th May 2016, wrongly implied that the O’Higgins Commission had been critical of him.

In fact, according to Charleton, RTÉ had completely misunderstood the message of Mr Justice O’Higgins, which was that the Gardai were to wake up and actually start doing its job properly.

The Report is particularly critical of Superintendent David Taylor, describing him as”

“…a witness whose credibility was completely undermined by his own bitterness and by the untruthful nature of his affidavit in the judicial review proceedings that he intended to commence before the High Court, and while his motivation in bringing forward this allegation was to stop or undermine a criminal investigation rightly being taken against him.”

It does, however, conclude that Superintendent Taylor was right about one thing:

He claimed, for the first time, while giving evidence to the tribunal that he was acting under orders. That was not the case. The tribunal is convinced that he pursued a scheme that somehow evolved out of his cheek-by-jowl working relationship with Commissioner Callinan.

Their plan was that there was to be much nodding and winking and references to a historic claim of sexual abuse while, at the same time, saying that the Director of Public Prosecutions had ruled that even if the central allegation did not have credibility issues, what was described did not amount to an offence of sexual assault or even an assault.

Debbie McCann and Eavan Murray, were… like Cathal McMahon, another journalist nominated by Superintendent David Taylor in the dying days of evidence before the tribunal, encouraged to seek out Ms D and to publish a negative story about Maurice McCabe in relation to her allegation…. committed journalists who were looking for news [they] were very unfortunate to have come within the orbit of Superintendent David Taylor.

Commissioner Martin Callinan… personally felt the need to supplement [these] efforts of his press officer… by speaking to two Teachtaí Dála, Deputy John McGuinness and Deputy John Deasy, an to the Comptroller and Auditor General, Séamus McCarthy, in the most derogatory way about Maurice McCabe.”

Broadsheet: “Heavy stuff. A comprehensive and hard-hitting Report then so?”

LCD: “Not exactly. Although the conclusions of fact regarding Commissioner Callinan are the most striking feature of the Report, Charleton in no way subjects the Commissioner to the same level of criticism and exoriation as he does Superintendent Taylor.

Instead of focusing, as one might expect, on the deplorable behavior of the head of the Force, Charleton’s conclusions and recommendations at the end of the Report feature numerous matters unrelated to the issues under inquiry.

These include Garda failure to publicly direct traffic and the good character of Leslie Price de Barra, a veteran of the 1916 Rising.

Broadsheet: (coughing) “I beg your pardon?”

Broadsheet: “Ah. I thought you said….”

LCD: “AND he also quoted from an article he himself had written in the Irish Journal of Legal Studies (Vol 1 2010).”

LCD: “Choosing to opine on matters of history, philosophy and traffic control outside the remit of the inquiry, while entertaining, has the unfortunate effect of downplaying and soft-pedaling the findings regarding Commissioner Callinan and, in so doing, itself commits a further injustice to Sergeant McCabe.”

LCD: “It is also present in the Report’s attitude to subsequent Garda Commissioner Noirin O’Sullivan. Charleton takes the view that she was not involved in a campaign to smear Maurice McCabe, regarding Dave Taylor’s allegations against her as motivated by malice. However he does indicate that in some respects he doesn’t believe O’Sullivan’s evidence:-

LCD: “Effectively, what this is saying is that Noirin O’Sullivan, while not implicated in the smear of McCabe, was not truthful in her evidence – an extremely serious conclusion with regard to a former Garda Commissioner, and something which surely merits more than just ‘disappointment’.”

Broadsheet: “I’m sure Mr.Kant would have something stronger to say on the subject.”

Broadsheet: “Were he still with us, bless his mind. Thank you Legal Coffee Drinker for that comprehensive and illuminating yet depressing round-up. You are never a disappointment to us.”

Why The Only Way is Up