Good Lord, man. This is undignified.

Only You can decide. 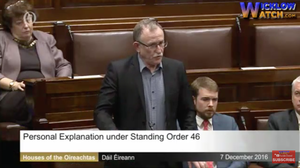 “I Challenge You To Name Me Outside. Do It.”