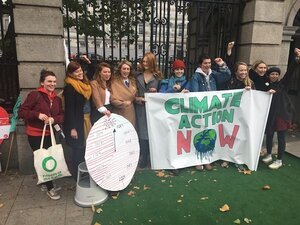 Thirty years ago, this week, I experienced one of the more significant weeks of my life. My grandmother died. The last of my grandparents to have passed away.

For a young adult, like me, it was a life marker, an acknowledgement of mortality if still a generation away.

I was offered a job, of sorts. Under community employment like conditions I became an Assistant Supervisor at a Glass Recycling Unit run by the Rehabilitation Institute.

It was called sheltered employment, but it was far from sheltered. We worked outside for most of the time, throughout the year.

It was all very low tech. We stood around a large riddle, armed with goggles, gloves and an awl, to take off the metal rings found at the top of bottles.

My manager was Conor Counihan, then also captain of the Cork Gaelic Football team. Conor was a hard man on the football pitch. At work he was firm but calm. From him I learned a lot about the art of grace under pressure.

As these things happen in threes, this was I also the week I joined the Green Party. I had engaged in a prolonged correspondence (handwritten letters) with the person who held the main officership in the party.

A party then, and still to a large extent, that had something of a distaste for leader figureheads, had one first among equals position known as the Co-ordinator. This position rotated every six months.

My correspondence with the then Co-ordinator was arrogant in the extreme. It went beyond me seeking from them reasons as to why I should join their party. To somewhat paraphrase myself I wanted to know how the party would make use of my obvious brilliance!

On the surface these three events would seem to have little in common, other than occurring at the same time in my life.

In retrospect they each represent significant signposts. It helped me recognise and deal with inevitability. It taught me the value of work, particularly physical work. It ingrained in me an invaluable lesson of working with other people.

And I have gained by being with those with whom I share values. Those values ever so slowly have informed wider public debate, and in some respects have helped change public behaviour.

Frustratingly the realisation that such change has been too little, needing so much more change to be made, hasn’t diminished the holding or strengthening of those values.

This week I attended a Climate Change Action protest outside of Leinster House. A whole new generation are now taking up the cudgels, being brilliantly led a cadre of young women.

They are asking the why of change with the same vehemence we had, but they are addressing the how of change in a far less circumspect way than we have done.

If I’m lucky, and if I achieve my Mother’s level of longevity, I may yet see another thirty years of life. I’m hoping that many life lessons lie ahead of me yet. I’m praying, to Gods of no particular religious denomination, that they can be collective lessons. 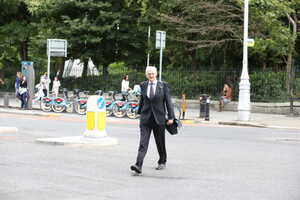 The Age Of Irrationality