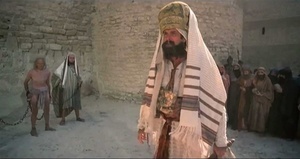 From top: The stoning scene in ‘Monty Python’s The Life of Brian’; Dan Boyle

Instead of my usual contribution I submit instead my Seanad speech on the Blasphemy section of the now Defamation Act. I do so to illustrate how ludicrous the offence of Blasphemy is, and why it imperative that it be removed from the Irish Constitution in tomorrow’s referendum.

Senator Dan Boyle: “The offence of blasphemy is archaic. It is borne out of a jurisprudence which saw the development of events in an era where church and State were seen as a single entity. It is an offence that should be made obsolete and has been made so in other jurisdictions. It cannot be confused with the right of people to believe and to have that right respected.

The difficulty in continuing to legislate in regard to an offence of blasphemy is that it is open to all sorts of reinterpretations and may be used for purposes that might not be the reasons for which those with strong religious beliefs would wish to see such an offence enshrined in legislation.

The concept of blasphemy was brilliantly satirised in Monty Python’s Life of Brian (1979)” where a Pharisee was unintentionally stoned to death for repeatedly, although unwittingly, saying the word “Jehovah”.

Much of the debate on this issue is a political equivalent of repeatedly saying the word “Jehovah”. It is something we need to get out of our political system as soon possible.

I accept this Bill is a development of something that is included Bunreacht na hÉireann and that subsequently will be included in legislation.

The advice of the Attorney General is that because of the amending of the 1961 Act, it is necessary to have a clear offence in this legislation as regards the current provision in the Constitution.

Therefore, such provision is necessary in this legislation, although ultimately and in the short term the question of having such provision in the Constitution must be addressed.

As a member of the Oireachtas Committee on the Constitution, of which [Fine Gael] Senator [Eugene] Regan is also a member, I accepted the committee’s findings in this respect.

The Minister [then Minister for Justice, Fianna Fáil’s Dermot Ahern] pointed out that in the short term the committee recommended that the change does not occur, but in the medium and long term its members are of one mind that it must occur. It is also the view of the committee that legislation of any form in regard to this offence cannot work. It would be inoperable.

Not only did we see that in regard to how the offence has been defined in this jurisdiction and how it has been subsequently brought before our courts, but Senator Regan has quoted the City of Westminster case in England, and other legal advice given to the Oireachtas committee included how other blasphemy laws, for instance those in Austria, have not been seen to work. On that ground, we need to examine how we address this issue in the medium term.

The original amendment, which more strongly defined the offence and offered no defence on any grounds, was not an amendment I could or would support.

The subsequent amendment that outlines grounds of literary, artistic, scientific, political or academic defence makes a nonsense of the offence but it is an offence that is a nonsense.

I am prepared to accept that particular amendment nullifies the existence of blasphemy even though it is codified in our system.

To move forward from here, we need to address the wider issue. This measure is nothing but a legalistic repair job in regard to a short term political expedient. We need to examine the wider constitutional issue.”

Senator Ivana Bacik: “Is that a Government commitment to introduce a referendum on this issue?”

An Cathaoirleach: “The Senator is not allowed to interrupt.”

Senator Dan Boyle: “I am giving my view on these amendments and how I would like to progress this issue.”

Senator Dominic Hannigan: “Will the Senator insert that in a revised programme for Government?”

An Cathaoirleach: “No interruptions, please.”

Senator Dan Boyle: “Members can take that whatever way they like. Ultimately, while I accept the reasons this is being done in this way, the effect of it will be that we will codify an offence that most people do not believe in on grounds that people will not be able to bring actions and even if they were able to do so, it is unlikely there would be prosecutions on foot of such actions.

That makes a nonsense of our process of defining laws. I will be supporting the amendments. I will also be supporting the Bill, but I put down a clear marker that for me and my party this is not an issue that we can avoid and it must be dealt with in the medium term.”

13 thoughts on “Dan Boyle: A Referendum Fit For Jehovah”