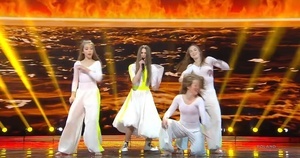 After a record 20 performances, including two by countries we don’t traditionally see in May – Kazakhstan and Wales (UK in disguise, but no one was fooled and last place was delivered) – POLAND was crowned Junior Eurovision winner for the first time (215 points)!

Roksana Wegiel gave a “polished”, professional performance (above) that wouldn’t have been out of place on the adult stage. France, Australia, Ukraine, and Malta rounded out the top 5, all well deserving to be there. Georgia was the only country I felt was robbed a place in that group.

Honorable mention to our Taylor Hynes who placed 15th and gave a strong performance! It was a memorable and well produced show.

Junior is used as a guinea pig for the adult show. Songs must be in the country’s native tongue and cannot contain more than 30% English lyrics. Two phases of online voting were used: before the show starting Friday and after all the performances on Sunday. You can also vote for your own country.

National juries consisted of 3 music industry professionals and two kids aged 10 and 15. Points were allocated according to the amount of votes received. The public vote counted for 50% of the final result, while the other 50% came from the professional juries. 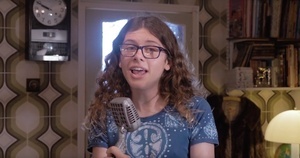 4 thoughts on “Meanwhile, In Minsk”