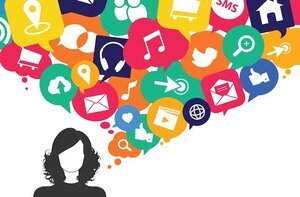 The 8 Rules To Surviving Social Media

Mental health is everything. The best way to be mindful is to attack the mental health of another while claiming you are the victim. If you do it right you might even make them go all the way. And you can really milk it when you read their eulogy at the church. You will look so sensitive you might even get some sympathy sex out of it.

Children are important. Old people are important too. But nobody is more important than you. You supersede all others. This does not make you a narcissist. It makes you a hero. This world was made for you. Old folks are easy to get rid of. Kids are even easier. These people are just background actors in your charismatic close-up. Never let the living get in the way of your deadly destiny.

Censorship is dangerous. Unless you are doing the censoring. Then it is necessary. Any coward who disagrees with you is dangerously wrong. They need to be confronted with courageous censorship. You are only doing what needs to be done to protect everyone, including those you are censoring. Intelligent people proudly block out all contrary thought. Only then can you truly think freely.

4. Be ready for battle

Words mean what you want them to mean. The idea that words should retain their functionary meaning is moronic. In this battlefield of feelings, there should be no room for tone. Or intent. Or satire. Or humour. Or confusion. Or context. Or anything. Etymology is for imbeciles. You own all language. Words are yours to weaponise as you wish. Attack! Attack! Attack!

‘Compassionism’ is the way forward. It may not even be a word but it is the new political doctrine. Show the world how compassionate you are. Use the word hugely. If anyone points out that your behaviour is the anthesis of what it means to be compassionate, annihilate them. Viciously. Relentlessly. Barbarically. But compassionately.

7. Be ready to embrace emotion

Never hesitate to accuse another without foundation. Due process is a scam. Everybody is guilty of something. Nobody is innocent of anything. Just because it didn’t happen doesn’t mean they didn’t do it. Just because they didn’t do it doesn’t mean you are wrong. People are what you accuse them of being. If you feel they did it then they absolutely did it. Emotion is the new evidence.

8. Be full of feeling

Facts are for fools. Never let facts get in the way of your feels. If people expose your lies with their facts then attack them with your feels. Feelings trump everything. If you feel something is real then, goddamn it, it is real. Even if it isn’t. Feeling is the new fact.