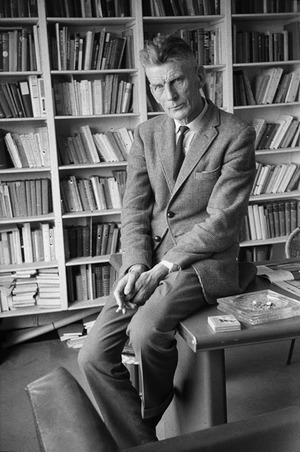 Just-released documents from 1968 show the [Nobel Prize for Literature] committee’s chairman, Anders Österling, writing that “regarding Samuel Beckett, unfortunately, I have to maintain my basic doubts as to whether a prize to him is consistent with the spirit of Nobel’s will”.

“Of course, I do not dispute the artistic effect of Beckett’s dramas, but misanthropic satire (of the Swift type) or radical pessimism (of the Leopardi type) has a powerful heart, which in my opinion is lacking in Beckett,” wrote Österling.

He had previously slammed the possibility of the Waiting for Godot author winning the Nobel in 1964, when he said that he “would almost consider a Nobel prize for him as an absurdity in his own style”.

…Beckett, despite Österling’s previous reservations, would win the next year, “for his writing, which – in new forms for the novel and drama – in the destitution of modern man acquires its elevation”

The Wait Is Over