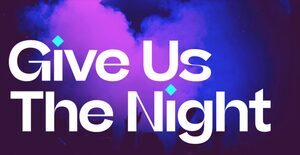 Give Us The Night.

Is a new campaign group seeking “positive changes to nightlife in Ireland with particular regard to music venues”.

They’re campaigning for more cultural spaces to be used as night venues, graduated closing times, 6am closing times in some music venues, 24-hour public transport, and the establishment of ‘night mayors’…

The group has just released its mandate which sez:

Countries around the world are experiencing the benefits of a healthy night-time economy. The commonly recognised timeframe of activity in this sector is 6pm – 6am.

Our nearest neighbour, the UK, values its night-time economy at £66 billion per year.

It is impossible however, to measure the night-time economy’s worth in Ireland, given the heavy restrictions placed on night-time businesses.

To achieve growth in the night-time industry, a complete rethink of our licensing laws and structure around them needs to take place.

There is a lack of clarity running through the licensing system in Ireland, with regulations that can vastly differ from county to county.

Unlike our European counterparts, Ireland lacks a specific set of decision-makers in relation to night-time events and licensing, with limited initiatives in place to enhance the night-time economy.

As a starting point, Give Us The Night (GUTN) believe that a night-time commission/advisory group should be established in each major city as soon as possible.

These groups can provide expert knowledge as well as recommendations on the local night-time economy, based on a range of research and consumer feedback.

GUTN welcome the establishment of a Night Mayor (Maor Oíche) in each major city. A Night Mayor (or equivalent individual such as ‘Night Czar’ or ‘Night-Time Economy Advisor’) has been established in cities across the world including London, Manchester, Amsterdam, Berlin, Paris and New York to great effect.

A Night Mayor can act as a liaison between stakeholders in the night-time industry. The Night Mayor would work alongside the Lord Mayor of that city, the city council, An Garda Síochána, venue operators, and event programmers.

GUTN also believe that the formation of licensing boards within city and county councils would aid the work of the Night Mayor, or alternatively work as stand-alone groups in areas where no Night Mayor exists.

Councils could establish these groups to provide more time, fairness and transparency to licensing application decisions.

This would also devolve more power to local authorities, to make decisions related to their own specific night-time economy.

There could also be a fresh approach to granting occasional licences for one-off music and cultural events of all sizes.

With a growing festival market, we feel that some of these events could provide an opportunity to test extended opening hours in suitable areas on a pilot scheme basis.

Give Us The Night

22 thoughts on “Take Back The Night”