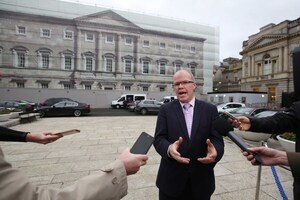 Academic studies indicate that upwards of 20% of the population of any society can be persuaded by, then become mobilised by the ideologies of the Far Right. This ideology is predicated upon two prongs – an idealised sense of We/Us; and a collective, pathological fear of the other.

The idealised sense of We/Us is what we otherwise call nationalism, a ‘quality’ that somehow through multiple accidents of birth and place, we collectively possess a genetic wholesomeness that makes us different, distinct and altogether better than others.

The necessary polar opposite, but still vital component of this shared smugness, is the pathological fear of others. Far Right ideology encourages that we must not dilute, nor allow the influences of others, make impure that which makes up our supposed genetic superiority.

How we define other can be racial, can be ethnic, can be religious, or can be against those daring to think differently. Any deviance from these ‘norms’ for the Far Right means those identified to be capable of any deviancy.

We live in an era where the Far Right has become, if not dominant, then is certainly in the ascendant.

In France. The Netherlands, Sweden, and Germany, new political groupings have established parliamentary footholds from seemingly out of nowhere.

In Hungary, Poland, Austria and Italy such parties are parties of government. In Belgium and in Spain regional parties are successfully practising a more focussed type of nationalism.

The new European Parliament set to take office this summer will contain a substantial far right bloc. And yet it could be argued that we’ve already passed peak Far Right.

Le Pen, Wilders and Sweden Democrats each performed below expectation in recent elections. The AfD in Germany seem to be swimming in circles of 15% support much of which is coming from the eastern parts of the country.

The phenomena that have been Trump and Brexit, are finally buckling under the contradictions, that seemed obvious from the start, but continued to be ignored by adherents persuaded that truth, the ultimate conspiracy, should always be ignored.

The New Right is not going to disappear. The ideological battle between progressives and reactionaries is likely to continue for several decades. Progressive success is dependent on engaging in practical politics.

A genuine criticism of progressive politics has been the theoretical, almost ivory tower, approach to politics many progressives have adopted. This has allowed the new right to set agendas, even to develop the language in which much current debate is conducted.

In Ireland Far Right parties have never taken hold. Perhaps the folk memory of The Blueshirts and the comical affection Eoin O’Duffy’s and his acolytes have been held in, has meant that any who have followed have been held in risible contempt.

However, the performance of Peter Casey in last year’s Presidential election shows that an instantaneous, unthinking, reactionary vote can be tapped into.

This is the political market that Peadar Tóibín is leading his new political movement towards. In a political system where nods and winks have been the most successful weapon, he could reap cheap, easy, quick rewards should he choose to be so.

Coming in on a platform of social conservatism such an avenue is open to him. I think he is playing a longer term, more clever game. He seems to be putting much deserved emphasis on organisation and structure.

I can see this party significantly altering the template, particularly in rural Ireland, affecting not only Sinn Féin but also Fianna Fáil and Fine Gael.

I wish him and them well. The more political diversity that exists the more truly democratic we become. I only hope that the temptation of the cheap and the nasty can be avoided.