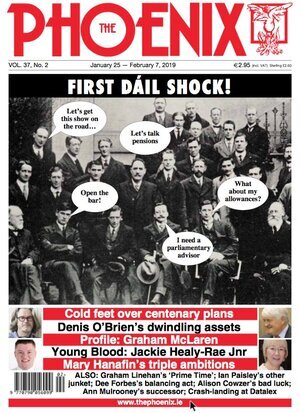 One of early debates was actually about expenses, allowances & Dev’s salary! Markievicz believed it was not right to discuss this during a war but added 3rd class travel was sufficient but others disagreed & secured the cash for the TDs. DeV got less than £££ suggested by Brugha.