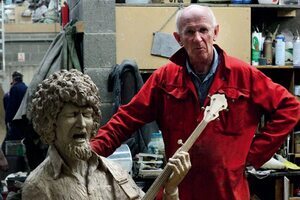 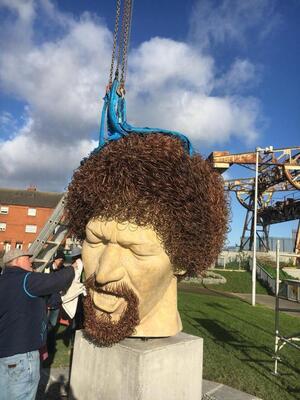 Two statues being unveiled this week of Luke Kelly on the anniversary of this death. I’m particularly impressed with the Vera Klute sculpture. Love how striking the hair (made from 4mm patinated metal) is & she has captured his intensity perfectly….

good to see the Luke Kelly statue up at last pic.twitter.com/f47EcxHZRH

Does no one else think the new Luke Kelly statue looks like it’s destined to end up on a spike to ward off other Luke Kellys?

UPDATE: Thank You For The Days

Betrayer To The Highest Bidder

29 thoughts on “Bring Me The Heads Of Luke Kelly”