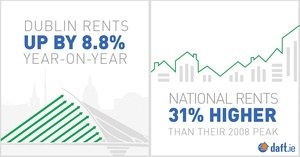 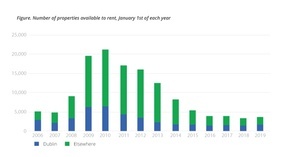 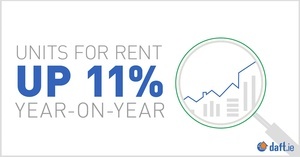 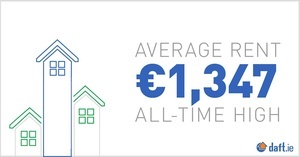 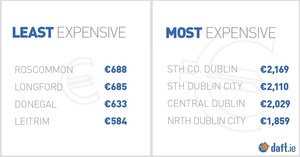 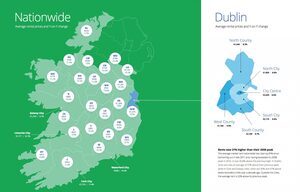 “In Dublin, rents are now an average of 37% above their previous peak while in Cork and Galway cities, rents are 30% and 47% above levels recorded a little over a decade ago.

“Outside the cities, the average rent is 22% above its previous peak.”

In the report, Ronan Lyons writes:

“…we are still discussing substantial price increases, even if in percentage terms the increases in key markets have fallen below a noteworthy threshold.

“The average Dublin rent rose by €160 during 2018, compared to €180 in 2017. It is unlikely that any new or existing tenants will be celebrating just because the new all-time high is less dramatically above the previous high than it was compared to the figure from two years ago.

“Indeed, one possible reason for the slowdown in inflation could be that the market has reached the limits of what tenants can pay. Digging beneath the figures, though, another reason suggests itself: improved supply. If true, this could indicate that the mild improvement in market conditions in Ireland’s rental market may continue.

“But an improvement is still an improvement, even if it is off a very low base. When availability improves, it is either due to a fall in demand or an increase in supply. Obviously, with Brexit looming, a fall-off in demand cannot be ruled out. However, that seems at odds with the evidence: employment and incomes are, at least at the moment, still going up.

“So, at a time of apparently strong rental demand, especially in the Dublin market, there are some signs that availability is improving and inflation easing, however slightly. A further possibility presents itself. It is possible that the numbers are something of an aberration ‐ one swallow does not a summer make.“

Boom With A View