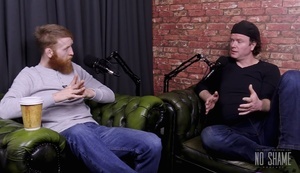 Paddy, a Sinn Féin candidate for Tallaght South in May’s local elections  (a decision inspired by Terry’s speech ‘This Is Ireland‘), writes:

This episode with Terry is an incredibly thought provoking discussion on where we’re at as a society, the challenges we’re facing as a nation and the potential we have to make real and meaningful change if we, the people, stand together against a system that has failed us for generations.

31 thoughts on “Reel And True”