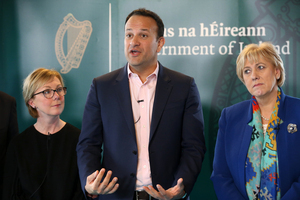 Inequality in Ireland has become so commonplace that any reporting of it is accepted and then quickly forgotten about. We have a health service on the verge of collapse, a housing and homelessness crisis, and an elite indifferent to the needs of the many.

This is the status quo of many societies in the West. It’s no different here. It also explains the attraction that many have for the far right and its various elements. Mainstream politics has noticeably failed to bring about equality and justice.

The far right offers — or at least claims to offer — a different way of doing things; one which will bring greater justice and equality to society.

These individuals and groups are ascendant but they do not pose the threat that the mainstream political right do, at least not yet. The latter hold the economic reins. It is to them that we are beholden and to whom we all have to answer in some manner.

But do not think for a second that the reverse is also true. Political elites claim to answer to the people but this is far from accurate. In many cases they have to be forced to listen. Often this involves the use of mass movements. And on more than a few occasions it involves outright aggression.

What will it take for elites in Ireland to listen?

Will threats to their political popularity prick up their ears? Or would a mobile guillotine on a nationwide tour be more effective? The anger is palpable here, let’s not be mistaken about this.

There are literally thousands of people without a home. And there are many more who will never have a chance to own a home of their own. Insane house prices and a government with no interest in providing housing have left them without a chance of ever being able to afford one

There are even more people on hospital waiting lists. We have unemployed people being sanctioned for daring to be unemployed. Their future is being determined by a privatised welfare system intent on making profit over having any kind of humanistic ethos.

Decency be damned, a profit must be made. This is the society that the political class has created in Ireland. They operate in it as efficiently as a fish in water.

So when a report is released about lone parents and high rates of poverty it can be cast aside. The figures are clearly inaccurate; the report is missing vital context; the economy is doing well; unemployment is down. Take your pick. These lines are trotted out again and again to explain away inequality.

The report in question found that one in five lone parents was living in poverty. Leo Varadkar was quick to resort to a reliable response:

“I do not believe the report that was issued today tells the full picture.”

Varadkar can go on to claim that poverty rates have fallen not caring that a report recently issued by TASC found otherwise.

As mentioned before, it’s not that he’s a bumbling politician. He knows the facts. It’s just that they don’t matter compared to the need for business as usual. Reform, cut, privatise; that’s what really matters. Society is nothing to be concerned about.

In a Thatcherite Ireland only the individual matters to the extent that they can either make a profit or provide one for somebody else. And it’s the latter position that most of us find ourselves in.

The simple harsh reality is that successive governments have overseen a transfer of wealth to the top 1% in Ireland. TASC found that between 1975 and 2009 the top 1% of earners “almost doubled its share of national income”.

Part of this time period, they noted, “coincides with the advent of neo-liberalism, [and] the rightward shift in economic policy.”

In total, TASC found that:

Yet, the rate of poverty among lone parents is to be disputed. Reality only extends as far as its usefulness to an elite who are happy to oversee economic inequality. Meanwhile people have to march on the streets in order to try and force the government to do something about the homelessness and housing crisis.

Thus far marching has done nothing. And the longer that peaceful protest fails to deliver the more likely it is that someone will decide that direct action is next logical step. The logic isn’t flawed.

When a white powder was sent to Health Minister Simon Harris’s department no mention could be made of the above context. Nothing about the cervical cancer deaths, the striking nurses and midwives, the failing health service, or Harris’s general role in a right-wing government.  Of course Varadkar calling the sender or senders of the white powder “oddballs” was reported.

Actions like this, as abhorrent as they may be to a lot of people, do not take place in a vacuum. But this is what you’d think if you read the mainstream media’s reporting of the incident.

For now we find ourselves under the foot of an unjust economic system. This same system is implemented by politicians who feel perfectly content knowing that the policies in question cause mass inequality and injustice.

The future holds either more of the same or an explosion of some kind. What that explosion will be is anybody’s guess. But it is unlikely to be a revolution at the ballot box.

We are living in an era where economic stagnation is the best we will soon be able to hope for. Climate change will pound the world and much of humanity into submission. Elites will leave us to drown in the fetid waters that their very policies created. From their sanctuaries they will continue to oversee a world in which profit comes at the expense of basic decency.

Ireland is in no way immune from any of this. We have leaders here who would happily sacrifice us all if it meant even just a bit more power and a bit more profit. For them the ballot box is a valve that releases the pressure that builds up in society. They rely on it to counter any moves for real change.

Some people already realise this or soon will. There are hints of this in Ireland. Only one thing is certain: When a mass of people come to the same conclusion, all bets are off. 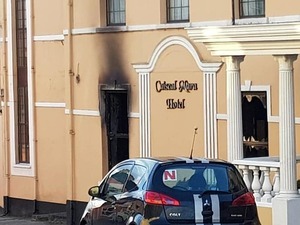 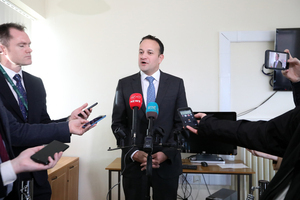