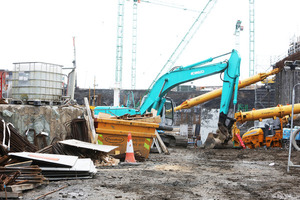 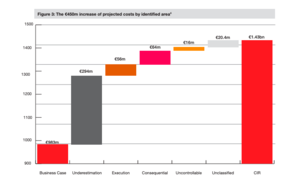 At site of the National Children’s Hospital on the campus of St James’s Hospital in Dublin; graph from a PwC report on the hospital’s overspend

Major under estimating of costs, failings in planning and budgeting, red flags missed but no option but to continue with project, these are among the findings of the PWC report into the Children’s Hospital @rtenews

PWC report warns that Children’s Hospital could cost more than €1.7 billion and an increase in construction inflation to 10% would add €97 million to that. @rtenews

Nothing To PwC Here