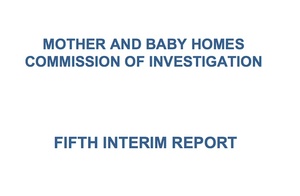 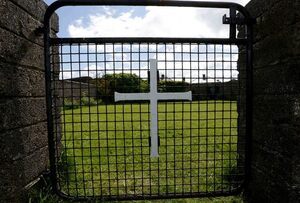 Minister for Children and Youth Affairs, Katherine Zappone has published the Fifth Interim Report from the Commission of Investigation into Mother and Baby Homes.

The report examines the burial arrangements at institutions including the Tuam Mother and Baby Home.

Via The Department of Children and Youth Affairs:

The Commission has stated that it will include an analysis of the causes of deaths and the registration of deaths [at Tuam] in its final report which is due by February 2020.

The report makes a number of findings in relation to the burials at Tuam:

The Commission states that it is clear that many of the children who died in the Tuam Home are buried in the underground chambers.

The report states that these chambers were not a recognised burial ground or purpose built burial chamber and that it did not provide for the dignified interment of human remains.

The Commission concludes that there is little basis for the theory that rather than having died, the children were ‘sold’ to America.

The report makes no specific recommendations but calls on anyone who may have information relating to the Tuam site to come forward and speak with them.

The report also examines the burial practices in a number of other institutions including Bessborough, Bethany Home, Castlepollard and Sean Ross Abbey.

In the case of Bessborough, the Commission found no physical or documentary evidence of systematic burials within the grounds, but considers that it is highly likely that burials took place there.

The Commission did not consider it feasible to excavate the full 60 acres involved, let alone the rest of the 200-acre estate on which the there has been extensive building work since the institution closed.

In Sean Ross Abbey there is a designated child burial ground in the grounds of the institution. The Commission has undertaken a geophysical study and subsequently a test excavation of the site and the results of this excavation are currently being examined. The Commission will report on this in their final report.

Bay As You Go

For Tuam The Bell Tolls