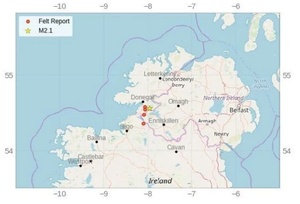 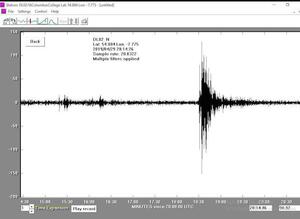 Well that was a busy morning. Certainly wasn’t expecting to be talking about an #Earthquake in #Donegal on @bbcgmu and @BBCRadioFoyle this morning! pic.twitter.com/w7gcGU6z1y

A second earthquake of magnitude 2.4 was also recorded in Donegal on April 7, around the Killybegs area.

Speaking on RTÉ’s Morning Ireland, Brendan O’Donoghue  explained that Donegal is situated along the boundary of an ancient collision between two ancient continents.

He said the “cracks would still be in the Earth’s crust” and these events are the releases of small amounts of energy….

Or ‘they’ are dynamiting ‘things’ underground.

Small Earthquake In Donegal. No One Hurt.

The Best Aurora Borealis So Far

Where You’ll Find Us This Weekend

Senator Jimmy ‘Go Back To Poland’ Harte: Some Previous Form

2 thoughts on “Cracks In The Crust”