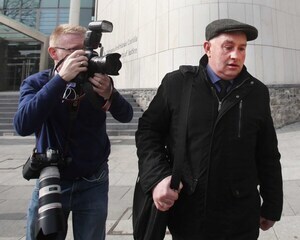 Patrick Quirke has been found guilty of the murder of Robert Ryan by a ten to two majority jury verdict at the Central Criminal Court. pic.twitter.com/4LOEo9gRo8

After a 15-week trial, the jury delivered its verdict after 20 hours and 39 minutes of deliberation, which began last Tuesday afternoon.

There was no reaction from Quirke as the guilty verdict was read out. Members of Bobby Ryan’s family cried and hugged in the body of the court. 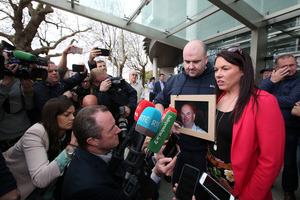 Bobby Ryan’s children Robert and Michelle talking to the media outside the Criminal Courts of Justice (CCJ) in Dublin.