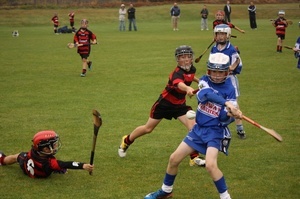 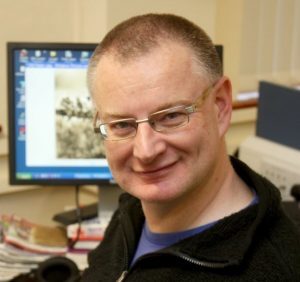 A friend of mine is a volunteer coach with his local hurling club.

Like many parents all across Ireland, he only got involved with the GAA once his son began to play our national games, as he grew up many miles away, in another county.

He finds that he loves helping out at the sprawling rural club just outside the city, even though the early morning sessions can curtail his social life at the weekends.

On Saturday, I met him at a 50th birthday party.

He was bothered. He wanted to talk politics. He asked me why I wasn’t running for the local elections. And he voiced a question which I hear many people asking these days, in the midst of a so-called boom.

“Is this the kind of Ireland we really want?”

In recent weeks, he has discovered that a huge proportion of the families in his parish cannot afford helmets for their kids.

Faced with crippling mortgages, high rents, or insecure and low-paying jobs, many of the parents are living ‘hand to mouth’ every week and month.

They hate to admit it publicly, but they confide in the coaches, privately, that they simply cannot afford new jerseys, helmets, or hurls.

An unexpected expense of €60 or €70 is simply beyond their means. And this is in a relatively affluent rural parish, just outside one of Ireland’s major cities.

It’s the kind of thing you would never hear An Taoiseach, Leo Varadkar, mention when he boasts about the Republic’s remarkable “recovery”. Most of these people are working, but they are the new working poor.

So many of them have confided in my friend and the other coaches that helmets and hurls are beyond them that the club has been forced to change its policy in relation to equipment for the youngsters.

Now, after a fundraising drive, each child is provided with a helmet.

Otherwise, their embarrassed parents would be unable to send them to the training sessions.

But it has left my friend and the other coaches in shock.

In this “booming” Ireland, with such a low unemployment rate, how come so many people have so little money to spend every month?

How come an expense of €60 could cause a family emergency? Or force parents to withdraw their children from participating in the sport they love?

It’s a theme which seems to be popping up more and more. If this country really is in “recovery” how come so many people I meet every day are struggling to survive?

Campaigning is well underway for both the European and local elections and my friend is adamant that people like me (and him, I retort!) should get more involved in local or national politics.

The candidates we haven’t seen for half a decade are suddenly knocking on our doors, making promises, and calling on us to give them our votes.

Isn’t it time we asked them some pertinent questions?

Such as why so many working people are paying so much in rent or on their mortgages that they are literally broke by the end of every month?

Or why are so many of us working in insecure jobs, not knowing if we will earn enough to pay the bills next month?

Since taking voluntary redundancy from an industry which is in crisis, I have been shocked by how many people I have met who have next to no security in their jobs.

A boss can tell them, at just a week’s notice, that there is no work for them and leave them short of money for the rent.

When populist European Parliament candidate Peter Casey generates front page headlines by criticising “freeloader immigrants” how come nobody asks him to direct his ire at “freeloader landlords” who hike the monthly rents up at every opportunity?

We should ask the candidates why so many people in their 20s and 30s are now in despair that they will never be able to own a home.

As rents spiral out of control, how come so many of us are earning so much less than we were a decade ago in the middle of this so-called “boom”?

How come so many people are sleeping on our streets or spending months on end in facilities provided by our homelessness charities?

How come a national emergency wasn’t declared when the number of homeless people in Ireland crossed the 10,000 mark for the first time?

A sober walk through Galway’s streets, where you can see desperate people lying in doorways on the coldest and wettest nights, would make anyone question how much this economy really is booming in 2019.

We should ask why poor people can be sent to jail for not paying their €160 TV licences while huge multinational corporations can avoid paying billions in taxes.

We should ask why the well-connected at the top of Irish society are still getting lucrative contracts from their friends in Government, even when some of them have cost us millions in tribunals and investigations.

We should ask why properties are being sold off to vulture funds while those of us scraping by on tiny incomes are forced to pay the deeply unpopular Universal Social Charge.

Of course, those on “zero hour contracts” or insecure, part-time jobs are still working, and off the live register, so our unemployment rate should be the envy of the world – if only it told the full story.

We should ask why old people like my father, in his 90s, have had to spend 48 hours lying on a trolley in one of our main public hospitals. Or why the Government funds a two-tier health system which allows the richest in our society to live longer, healthier lives.

…This is the time to ask politicians if they are happy to live in a country, or support a Government party, where people stuck on trolleys for 24 or 48 hours are too afraid of the consequences to complain or speak out.

A candidate for the local or European elections might argue that they have nothing to do with our scandalous health service, but their parties are deliberately running down a broken system and forcing those who can barely afford it to cling on to private health care.

This is the right time to ask sitting City Councillors why some buildings lie empty while our homelessness crisis has spiralled out of control since they last knocked on our doors.

Or why they are threatening to spoil one of the most beautiful parts of my city in order to make way for a new road, at a time when a pending climate catastrophe and a growing obesity epidemic should be forcing all of us to abandon our over-reliance on cars. In Galway and other Irish cities, it’s all about the cars.

Leave it to the charities?

They might tell us why our most senior city officials “sleep out” for charity every December when it’s actually their job – not that of the charity – to tackle the out of control rate of homelessness in our city.

But they smile for the cameras with the rich businessmen, because they have no concept of shame.

So many working people I know are fed up, living week-to-week, and literally unable to afford a child’s hurling helmet or a meal out at the weekend.

So many are afraid that they are just one month away from being made homeless by a greedy landlord or in terror of falling ill because our public hospitals are substandard.

Too many are struggling, too few are thriving or living off their backs, and yet if you were to believe these politicians Ireland is in the midst of a remarkable recovery after taking on so much of Europe’s banking debt.

Ireland may be “booming” again, but only for the vultures, the bankers, the landlords, and the well-connected businessmen who, funnily enough, seem to be very close to the right wing parties who have divided up the ruling of this country since the foundation of the state.

As my friend put it so succinctly at the weekend . . . is this the Ireland we really want?

Is this the Ireland we really want? (Ciaran Tierney) 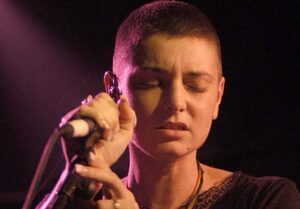 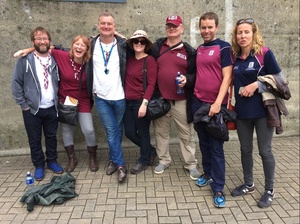 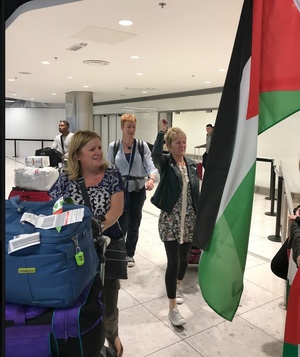 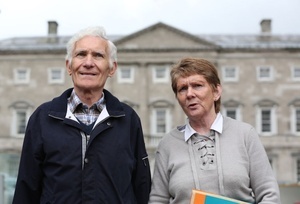 12 thoughts on “The Ireland We Want Is Out of Reach”