Fine Gael TD Maria Bailey and the swings at the Dean Hotel, Dublin

WATCH: Former Minister for Justice @SenatorMcDowell has criticised Fine Gael TD @MariaBaileyFG for suing a Dublin hotel after she fell off a swing at the property. pic.twitter.com/DZ5tVXPg6H

“It would appear that 55 years after Belfast City Council unlocked the swings on Sundays, the proposition is being put in court that there should be supervisors for swings when adults are using them and that it is a matter of civil liability if there isn’t.

It does occur to me that we live in a strange world where civil liability can exist in such circumstances but maybe we are only hearing a portion of the evidence.

If the Government is serious about driving down the claims culture, we cannot stand idly by when adults lose their seat with two objects, one in each hand, and fall off a swing and then claim there should have been a supervisor looking after them.

Especially when it comes from somebody who has so much public influence and clearly influence over Government policy in these matters.” 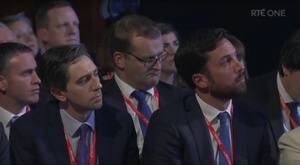 62 thoughts on “Losing Her Seat”