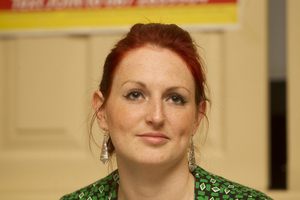 The election results have shown that there is a crisis in left-wing Irish politics. More specifically, parties of the left have, for the most part, fundamentally failed to make gains at the expense of the big parties.

Instead, discontent was channelled towards the Greens, with Fianna Fáil and Fine Gael still largely coming out on top in spite of some losses.

Most people recognise that we need to urgently do something in order to have any hope of leaving a somewhat habitable planet for our children and grandchildren. That partly explains the success of the Greens.

So the question then is, what did the left do wrong? And, probably more importantly, what does it portend for the future of Irish politics?

As for the first question, it seems that the left has failed to understand the fundamental issues that people are facing and worried about. And the left appears to not appreciate how electoral politics works to its disadvantage.

Given the housing and homelessness crisis, the left should be dominant in Irish politics and society. But it isn’t.

One of the left’s successes in the local elections is People Before Profit’s Adrienne Wallace, who ran in the Carlow constituency. I spoke to her about why the left overall did so poorly in the elections.

She pointed out that the “the radical left are too small at the moment to alleviate some of the worst aspects of the system” that people have to live with. And for this reason, when it comes to voting day:

“When a woman has all her belongings and her three children in their car with nowhere to go, voting is going to be the last thing on her mind and that’s just the reality of it.

She won’t have time to think about FG’s obsession with privtiasation and profits and how that relates to her situation.

I have witnessed first hand the crippling affect the housing crisis is having on people and I think they are in desperate situations, as a result finding time to go to the ballot booth is low down the list.”

Another perspective that I’ve come across is that the majority of the left in Ireland try to compete in an area which the dominant political parties have mastered years ago.

Quite simply, they are better and more efficient at canvassing, telling people the they understand them, and doing something as simple as pressing the flesh.

This is the realm of the major political parties, make no mistake about it. Anyone outside of this small club will work twice as hard to achieve half the results.

I saw it first-hand in the local elections in West Cork. Independent candidates who understand the issues and want to create a viable society for everyone struggling against the political machines of Fianna Fáil and Fine Gael.

And that struggle resulted in receiving a fraction of the votes representatives of the above-mentioned obtained. When the field is so skewed against you, why bother to play in the field in the first place?

It’s one thing to see an injustice and strive to change it. It’s another thing entirely when an entire edifice is designed to keep you and your views marginalised for the benefit of the establishment.

And after decades of struggle the result is the same: A few gains here and there but the edifice remains unaffected.

Electoral politics offers the illusion of a diversity of outcome. The success of the Greens is held up as an example of this political diversity. Yet they are more than happy to discuss going into government with parties who should be anathema to them.

As for what this portends for the future of Irish politics, the answer is nothing good. We have a government that is a mixture of incompetent and venal with its insistence in ignoring the housing and homelessness crisis. Instead, developers and landlords are to be helped out to an extent that would make bank robbers blush.

But where does the left fall in this calculus?

It can continue to attempt to make gains via electoral politics. At some stage in the future it will likely be successful. But those gains will be minimal by comparison to the power of the big two.

And those gains will be lost just as we’ve seen in the local and European elections as the ebb and flow of Irish people’s political consciousness will not allow them to challenge the fundamental underpinnings of our society. They can only go so far.

On the other hand, Wallace disagrees. She believes the fact that the main parties only take around 50% of the total vote “is a huge decline from 30 years ago”.

For her, “This indicates that there is huge space and scope for change”. And she hopes that her own party can “occupy that space in the coming years”.

Overall though, an understanding of and solidarity with the average person are all needed. This includes a level of guidance in helping people get to grips with how the system functions. The left has provided some of this. It just hasn’t provided enough of it and it hasn’t provided it on a non-judgemental basis.

As Chris Hedges has previously said, the problem with a lot of the left, especially the mainstream left, is that they want to see the poor. They just don’t want to have to smell them.

There is also an elitism that pervades some parts of the left. If you haven’t read the “correct” theorists and interpreted them in the appropriately dogmatic way, then you are dismissed out of hand.

The future of the left then, does not look positive. With all of the developments in Irish society over the previous two decades, the left in Ireland should at the very least be ascendant. Instead, it’s largely moribund with some small exceptions.

The Connolly Youth Movement (CYM) is one of these exceptions. It seems that its reliance on direct action and avoidance of electoral politics thus far is paying dividends. New branches have recently been formed around the country. And although the numbers are relatively small, it is a success that should be taken note of by others on the left.

For now though, a thorough assessment of how the left relates to wider society has to take place. It can’t continue along the well-worn electoral path with no consideration given as to why we are still ruled by right-wing neo-liberals.

Down that path lies madness and failure. And we can no longer afford such misstep.

Bryan Wall: Won’t Somebody Please Think Of The Banks?

33 thoughts on “Bryan Wall: Everything Left To Lose”