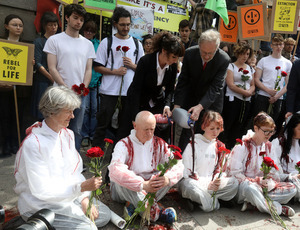 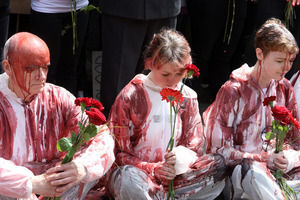 First thing I ask myself when I see a protest is “how sane do these people look”. And this crowd did not pass the test. And why would you make a load of signs that just have cryptic symbols on them? That’s completely contrary to the point of a big sign….

A graphic but essential warning of impending doom?

The choice if yours.

The End Is High

36 thoughts on “Please Chill Out”