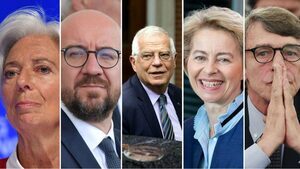 This is brilliant. “How can Europe be safe in these people’s hands?”.