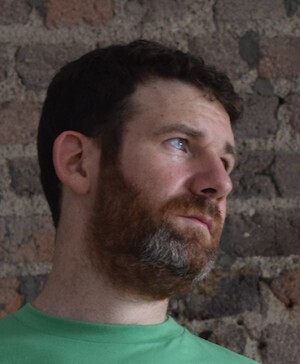 From top: Ireland Under-19s during their 5-0 win over Romania in  the UEFA European Under-19 Championship Elite Round in March; Luke Brennan

How healthy is Irish underage soccer?

Answer: A little bit too healthy.

Before heading off to a respectable semi-final exit in the Toulon tournament, the Irish under-21 team beat the senior team 2-1. The funny thing about that, is that most of the talent on the under- 21 team comes from the under-19 team.

If they were able to keep their own players, the under-19 team would most likely beat the under-21 team.

For this reason, the Irish under-19 team head off to compete in the European finals in Armenia this month as victims of their own success.

Eight of their top players have been held back from competing by their UK clubs.

Nathan Collins (who was rumoured to be the subject of a £7M move to Man Utd. earlier this summer) has been held back with a guarantee of more first team football with Stoke City, in order to develop him as a player (or more likely to fatten him up with first team action to attract more offers).

Luca Connell has made his big move to Celtic, first team action is not guaranteed, but it is most likely that potential Champions league qualifier action will hold him back from the trip to Armenia.

Conor Coventry has been held back by West Ham, travelling with the first team to Switzerland to see if he is good enough to provide cover for Declan R**e – and he is.

Jason Knight, the box to box teenage sensation from Cabinteely is off to Florida with Championship side Derby for a pre-season tour with new manager and ex- Barcelona midfielder Phillip Cocu; an experience in itself.

Lee O’Connor is being held back at Manchester United, after his outstanding performance at the Toulon tournament, they may more greatly prize him as an asset.

Adam Idah has signed a professional deal with newly promoted premiership team Norwich, with the guarantee of first team training and the hope that appearances will follow.

Similar assurances were given Aaron Connolly at Brighton, who is the other multi-award winning goal-scorer which Ireland now have representing them in the Premiership.

Troy Parrott occupies his own stratosphere. Should he justify the hype, and there is nothing to suggest he can’t, he will be a once in a generation player that will repay the faith that Mauricio Pochettino intends showing him.

Indications are that he will be named in their summer squad for a trip to Singapore. A chance to prove that he is deserving of a first team place at 17 years of age.

Now that is a lot of quality to be missing out on, surely they can’t compete without eight of their starters?

Well, all but Luca Connell and Jason Knight were unavailable in the qualification process. It didn’t stop the U-19s beating Romania 5-0, Azerbaijan 3-1 and Russia 2-0.

They have quality and confidence in depth.

Adam O’Reilly looks every bit the flinty ambitious midfielder from Cork with an eye for goal that we’ve been missing these last few years.

Ryan Cassidy looks like the player that Robbie Keane wanted to be. Good enough for Liverpool, if he ever makes his dream move to there from Watford.

Where is all this quality coming from? Everywhere.

We may even have to re- assesses the Ross O Carroll Kelly stereotype; the under-19 right back Andy Lyons went to Blackrock College.

When I heard Greystones-born Simon Power interviewed after the under-21 game, he sounded like he just scored a try for Clongowes.

We also have the Reghbas, the Eboseles, the Afolabis, the Omobamideles. All welcome and a great addition. I’m great believer in the theory that the more you represent, the more you can be. The many faces of a new Ireland, with a new team to prove it.

A football team should represent changes in a society, all changes.

Attendances are up 15% at League of Ireland matches this year. No reason why that can’t happen every year.

It’s part of the reason why, when UCD’s highly rated teenage winger Neil Farrugia was offered a move to Man City, he choose to move to Shamrock Rovers instead.

Farrugia earned 600 points in his leaving certificate and is a gifted Biomedical Science student; he has options. The idea of turning out for a team that had an attendance of 6,414 in a recent derby game with Bohemians is also something which wasn’t always on offer in Ireland.

I think Irish football has a lot to gain from the rising affluence in Irish society. Along with increasing the genetic diversity, it means that there is a few quid to pay for a physio, have the video analysis gear, or think a bit more about diet.

When I was young, sports teams were managed by whoever’s dad had a car and could drive to matches. That wasn’t so long ago. Now we are an affluent nation, with cars, a few quid, well organised leagues and people with a few spare hours to volunteer and run them. These things make a difference.

I think every type of diversity is useful, even our sporting diversity. It may well be why Ireland punches above our weight in sport. Consider that Soccer competes with Gaelic football, Hurling, Rugby and the rest for it’s playing pool.

No other European country has such diverse sporting interest and there is a growing acceptance that a range of sports may be better for development than a relentless Tiger Woods style focus on one sport. Perhaps diversity is the reason for success, rather than a hindrance to it.

Previously: Green Shoots (Or: Why I Think We Might Win The 2030 World Cup)

What You’ll Be Wearing Away This Season

22 thoughts on “Where Is All This Quality Coming From?”