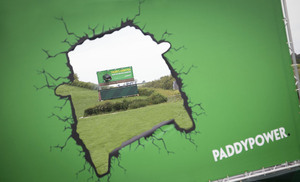 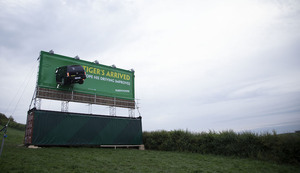 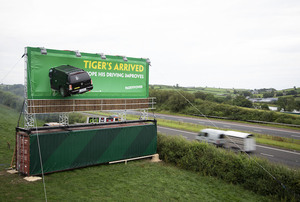 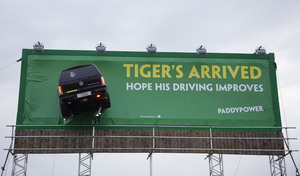 We have marked the arrival of Tiger Woods to Ireland for The Open at Royal Portrush with a cheeky reminder of how far he’s come, 10 years on from the worst drive of his life… after he hit rock bottom when an unsuspecting fire hydrant proved no match for his black Cadillac Escalade back in 2009.

…The initial billboard (top), which is the equivalent in size to a double decker bus, features a SUV shaped hole ripped through it.

While the second has a 3 tonne Cadillac Escalade plunged into it.

Aus It For This?