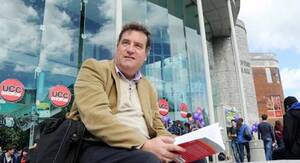 I am sceptical about any Ism, religious or political. I don’t believe that there exists a collective system of belief, that somehow encapsulates an analysis of how we should behave in any given circumstance.

There is no cohesive collection of values, held by anyone, that can guarantee happiness.

At best, in the marketplace of ideas, Isms compete with each other. They test their most valued tenets through the lens of public engagement.

Success is sometimes a short term popularity. Real success is when tested ideas become established values, especially among the secular or the apolitical.

Where Isms are least successful is when they define themselves by what, or who, they are not.

Some Isms, those whose confidence seems to depend on it, exist by defining a mortal enemy, a polar opposite.

The undermining of any movement occurs when negative traits dominate its thoughts and actions.

With religions the fault lines are when headline teachings, such as encouraging people to be kind and generous to each other, get sidelined by more obscure positions on dogma, such as proscribing sexual expression. Often hypocritically.

With political movements it occurs when popular policies get pursued less vigourlessly, because adherents over concentrate on strategy at the expense of implementation.

For sex with religion read prospective participation in government with politics.

Apparently it isn’t what you do, it’s who you decide to do it with.

Of such Augustinian philosophical contortions have many, invariably left wing, political movements foundered.

The price of losing the precious, ephemeral, quality of political purity matters more to some than having an ability to achieve change.

But purity may not be as pure as it is seems. What is displayed more often is a rigidity of opinion that reveals an incapacity to work with others.

Being rigid. Being prepared to preclude in advance those who need to be persuaded, hardly represents a strategy. Certainly not any effective one.

When urgency demands that the need to persuade be most immediate, refusal to engage is hardly principled. At best it is bloody minded. At worst it is horribly self indulgent.

Being holier than thou can sometimes be a successful political tactic. That doesn’t make it a valid one. Demonisation of others, can help achieve distinctiveness. But it is, ultimately, a hollow exercise in deceit.

Those who cheerlead from the sidelines tend to be the most faithless of suitors. When fickle enablers are gone, those who remain still need to be convinced.

That may be the only, actual, article of faith. 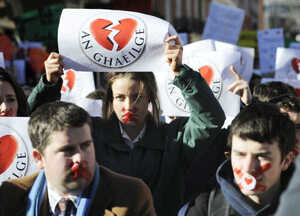