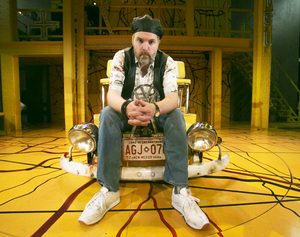 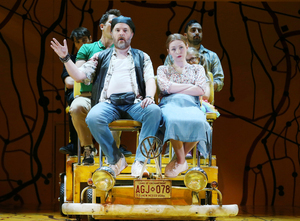 Republic of Telly’s Bernard O Shea in costume for the first time as ‘Grandpa Hoover’ before he makes his theatrical acting debut in the stage adaptation of the 2008 road movie Little Miss Sunshine.

Joining Bernard, whose character was played by Alan Arkin in the film, are Gabriel Vick, Sev Keoshgerian, Lily Mae Denman, Mathew McDonald and Lucy O’Byrne (above second right), from The Voice, who plays the role of Sheryl.

Little Miss Sunshine runs at the Olympia Theatre until August 17.

This Is How Waterford Rolls

What Happens When You Roll Up Your Sleeves

29 thoughts on “Him Off The Telly”