“Bury our babies with dignity”

A message for Church and State at the #TuamBabies site today.

One year on from the visit of @Pontifex to #Ireland, justice is being delayed and denied.

( … and to think a children’s playground was built at the site) pic.twitter.com/QJIx6dvAPg

What an incredibly moving day today, the survivors, the wonderful supporters, the warriors who fight on and on and will never give up. It’s the deepest shame on the Irish Government and Catholic Church that we are still here after all the promises. pic.twitter.com/0dsHZidG8A

“Get these children out of the septic tank and give them a dignified burial,” begged Peter Mulryan, survivor of the Tuam institution. His 9-month old sister died there. His mother was incarcerated in a Magdalen Laundry for life. The silence of the Bon Secours nuns is “deafening”. pic.twitter.com/mvgbZgKqcE

Survivors, family members and supporters remember the 796 Tuam Babies whose remains at the site of a former Mother and Baby home  have still to be exhumed.

[Historian] Catherine Corless said the exact location of the buried children was known since the publication of the Fifth Interim Report of the Commission of Mother and Baby Homes in April, and that campaigners had mapped out the burial chambers before the ceremony.

“Anyone that walks in here today cannot but be moved by the love and the care that was put into these exhibitions here. People care so much about the babies who were put into the sewage tank, and if only the Government and the Church could show a bit of care, just as the people have here today.“ 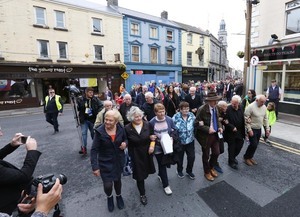 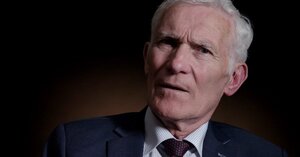 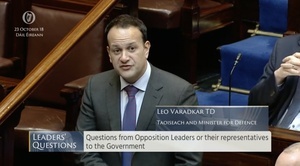 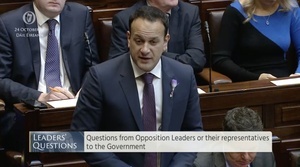 6 thoughts on “‘Get These Children Out’”