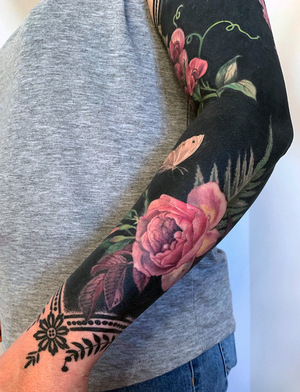 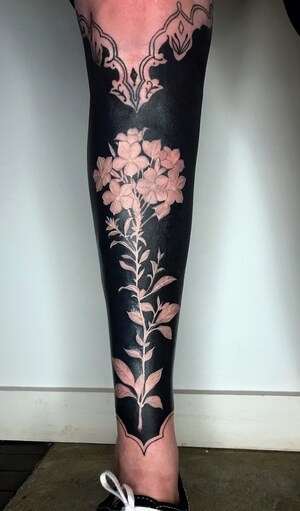 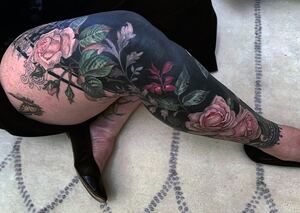 The work of tattoo artist Esther Garcia – a variant of the controversial ‘blackout’ tatt fad of recent years in which flowers, winged creatures and other motifs are added against a black background with a nod to the style of 17th century Dutch still life.

You’re Dead To Me Now

None Of Your Oul’ Tat