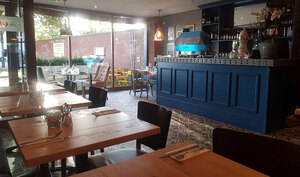 The Food Safety Authority of Ireland has said a “grave and immediate danger to food safety” was present at a Donnybrook restaurant where a live mouse was found in a kitchen.

The inspection at The Greenery on 21 August also found a large amount of rodent droppings behind fridges and on shelves storing foodstuffs.

The Greenery was one of six premises that was subject to closure orders [all lifted] in August, including Celtic Pure water [after ‘naturally-occurring’ arsenic was found in its bottled water]….

Something On Your Face

There Is No Mouse

The Sudden Demise Of ‘Whiskers’

6 thoughts on “Would You Like To See The Cheese Board?”