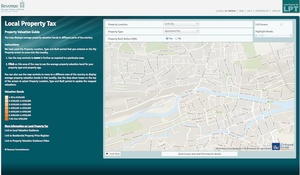 The effect of this has been to further lessen the funds available for better public services. All the worst for being self inflicted.

There are many myths about taxation, that in Ireland have led most politicians and political parties to avoid any mature debate on its efficacy.

Many people are paid wages that are far too low to have them qualify to pay income tax, social insurance or the universal social charge. In many other countries payment of tax begins at even lower rates of pay.

The pay off in Ireland is expecting middle income earners to pay income tax at the higher rate of tax, at far lower rates of pay than exist in other countries.

Surreptitiously the government increases tax take by not index linking tax credits and bands. This is far more dishonest than any proposal to raise taxes.

We badly need to look to many of our incentive based tax credits, especially those that relate to housing. It is clear that the wrong actors are benefiting.

Spending taxes like VAT, excise duties and yes carbon tax, are a growing part of our tax mix. In raising these taxes it can be said that most of our citizens are taxpayers.

We should hypothecate/ringfence particular taxes with a dedicated purpose. When a carbon tax was first introduced in Ireland, with The Greens in government, it was introduced at a rate of €10 per tonne (coal wasn’t included).

We insisted that the social welfare fuel allowance be increased accordingly. We were also able to significantly increase the number of houses that could be retrofitted.

No such measures have been taken with subsequent changes to carbon tax. It is vital that they are done now.

On Corporation Tax we need to finally admit that the jig is up. The creative accountancy has got to stop. In holding our hands up we also have to admit that our room to manoeuvre will become severely restricted.

By stopping our mailing address approach to corporate taxation we will be compromised in being able to change rates.

What we can do, however, is abolish any remaining allowances that have been used to ensure that many MNCs have never come close to paying 12.5% on their Irish operating profits.

One of the most damaging narratives, in recent decades in Irish politics, was promulgated by the Progressive Democrats. That party sought the mantle of being the anti tax party. Its particularly obsession created an impression that a tax increase, in any circumstances, was always a bad thing.

This created a situation in 2009 where our tax base was hugely distorted, unable to respond to economic shock.

The PD’s tax obsession was a perverse representation on the tax marches of 1979 (six years before its foundation) when the highest income tax rate was 60%! The PDs chose to represent the most prosperous in Irish society, hardly those most discriminated in the Irish taxation system.

Tonight, along with my Green Party colleagues, we will seeking an increase equivalent of €7.50 per household per month in the local property tax, to raise an additional €3.2 million for better public services.

This in a budget of over €160 million, most of which cannot be touched. I suspect some of our fellow councillors will be aghast. I’m hoping that others can work with us to create a better narrative.