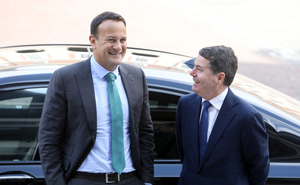 The Taoiseach, in discussing a tax package for the upcoming budget, recently said:

‘ . . . there were lots of different ways to put money back in people’s pockets.’

So let’s look at some of the ways Budget 2020 could put money into people’s pockets.

Build housing that would be rented at cost. Rents are going through the roof – even the Minister for Housing admits levels of rents are unsustainable. Cost rental housing could reduce rents by hundreds of Euros a year, driving down rents to levels that exist in other European capitals (that is, cutting rents in half). This would, however, take time to roll-out.

So in the short-term the Government should pass emergency legislation to freeze rents for three years with increases confined to inflation increases (no doubt, this would end up in courts). Further, new units coming into the market would be priced to the average of similar units in the locality.

Childcare is treated as a market commodity. No wonder it costs twice as much as in other EU countries. However, affordability won’t be easy with over 4,000 early years’ providers. The first step would be for the Government to admit the current system is incapable of being reformed.

A new, public service model will be required – substantial public investment in the sector combined with some sort of fees cap. Or the Government could start to roll out local authority providers as exist in other countries. It should set out a road-map and start walking it with this budget.

We will need significantly increased investment in accessible public transport – for climate reasons, for productivity (reduce congestion). The budget could start that, coupled with a 50 percent reduction in fares.

We know there will be job losses due to Brexit and the transition to a renewable energy regime. So let’s help households, shore up consumer spending (which protects jobs in other sectors) and build some resilience in the economy – introduce pay-related unemployment benefit at between 50 percent to two-thirds of the previous wage. This is the standard approach throughout the EU.

There are other examples but what all these amount to is a ‘tax’ on living standards; or a social tax burden. By and large, these tax burdens can only be alleviated by the state. But, unlike income tax cuts, they can realise substantial savings even with slight alleviations. For instance:

* Reducing childcare from €184 to €120 – which would still see Irish childcare costs as one of the highest in the EU – could save households over €2,500 a year.

* Reducing rents by 10 percent through cost-rental housing could save Dublin tenants €2,000 on average

* A pay-related unemployment benefit of a modest 50 percent of previous wage, for an average full-time employee (€45,000), would see their benefit rise by over €200 per week.

Even these slight alleviations would create considerable savings for people – far higher than any tax cut. And the costs are not as high as one might think.

For instance, increasing the universal childcare subsidy to a level that would reduce childcare fees to €120 would cost €66 million (though there is still the issue of ensuring that savings are passed on).

Cutting public transport fares by half would cost €300 million.

A programme of building cost-rentals in urban areas could be financed out of the NAMA surplus.

And introducing a pay-related unemployment benefit could be financed by a fractional increase in employers’ social insurance (0.2 to 0.3 percent) – and if there is understandable nervousness about increasing this if the economy goes south, there is still enough of a surplus in the Social Insurance Fund to temporarily fund this.

The increased income will, for the most part, be spent in the productive economy which could make for an excellent counter-cyclical policy.

The Taoiseach is right. There are many ways to put money in people’s pockets.

There are cost efficient, socially equitable, economically effective and environmentally friendly ways – such as reducing the social tax burden.